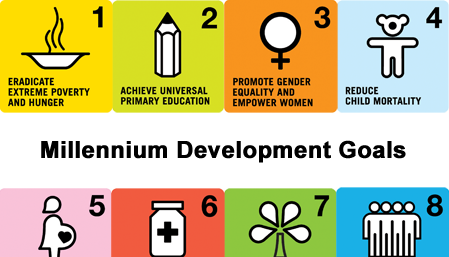 Ghana’s health managers are patting themselves on the back for a good effort, despite the country’s failure to achieve the Millennium Development Goals (MDG) on health.

Officials say there have been significant improvements in health care services, especially in rural communities, though there is still more to be done.

The Millennium Development Goal’s which started across the world in 1990, ends this month.

According to the Ghana Demographic and Health Survey for 2014, infant mortality or still-birth rate has improved from 77 per 1,000 live births to 41 per 1,000.

Since 1988, percentage of pregnant women who receive antenatal care has improved from 82 per cent and to 97.3 per cent currently.

Percentage of women delivered by a skilled attendant also went up from 40 per cent to 73.7 per cent.

The women who have access to post- natal care in the first 48 hours grew to 78.2 per cent.

These indicators are against the MDG Goal 4 which targets to reduce child mortality by two- thirds, as well as Goal 5 which looks at reducing maternal mortality by three- quarters.

“In a nut shell, the health of Ghanaians over the MDG periods has improved. As a country, I think we have done very well,” he said.

The director adds that, “In Africa, we stand as one of the countries who have made significant improvements in core indices because our family planning has gone up”.

But one of the challenges, he acknowledged affected their improvement was the neonatal mortality – children born supposedly dead.

Dr. Afreh explains, “That is what has even contributed to us not bringing the child mortality down so much. It is something we are still looking at.”

As the 15 year target period of the MDGs ends this month, Ghana will enroll onto the Sustainable Development Goals whose targets and indicators are higher the MDGs.

Going forward, Dr. Afreh says the health sector will sustain and improve on the gains.

We will therefore continue to educate the public to bring all children under-five years, so we access their health and provide the necessary support.

“It’s a very long time we heard children have tetanus, or die from measles. We want our children to be protected with the vaccines and immunizations that we give them,” he said.