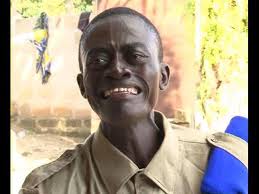 Kojo Nkwansah Lil Win has turned down the idea of starring in pornographic movies in the future as some Ghanaian movie producers are allegedly planning to invest in adult movies.

Speaking to Nhyira FM the actor described himself as unfit for such roles because he believes pornographic actors are supposed to be very handsome.

The Kumawood actor condemned pornographic movies insisting it’s a sin in the eyes of God and against the teachings of the Holy Bible.