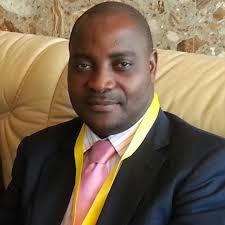 Time and again, creative people throw away their works unknowingly. Take this instance of a painter who was out on the streets hustling his works and someone buys one. After paying for the painting, the buyer asked the painter to sign a small paper for him. Unwittingly the buyer signed away a fortune.

A couple of years later the painter found his works on the cover of a book. He therefore went to the Copyright Office and narrated his story to the officers who promptly invited the publisher over to their office. Cut a long story short, a fresh contract was produced and the poor painter got a better deal for the use of his intellectual property. As it turned out, the painter didn’t know the essence of the contract he had signed.

This incident occurred in Zimbabwe and it was shared by Maureen Fondo, a Copyright Officer with the African Regional Intellectual Property Organization (A.R.I.P.O) based in Zimababwe. Maureen was one of the speakers at the Roving Seminar organized by A.R.I.P.O on Making Better Use of Intellectual Property for Business Competiveness and Development in Africa.

A similar story was shared by a beekeeper Ocquaye Odonkor of the Volta Region Beekeepers Cooperative. According to him he has been building a beehive for years with a simple technology. Recently, a group from South Korea was in Ghana for some research work. After sharing his ideas with the group, they went on to build a beehive which he clearly recognizes as similar to his own. There are numerous stories of persons working in the creative industries who have thrown away their intellectual property.

There’s no doubt that intellectual property is taken for granted here. A Copyright Officer with the Copyright Office of Ghana Issah Mahama speaking at the seminar suggested that he had asked a friend to copyright a smock the friend had designed for him which he wore at the seminar. He says that would ensure his friend benefits from his unique design since the copyright law indicates that if a folk art is expressed or recorded it can be protected by copyright law.

In Issah Mahama’s view, our folklore can yield immense revenue to individuals and whole communities and ultimately benefit the nation in the form of taxes. Mr Mahama indicated that, ““Folklore” includes the literary, artistic and scientific expression belonging to the cultural heritage of Ghana which are created, preserved and developed by ethnic communities of Ghana or by an unidentified Ghanaian author, and kente and adinkra de-signs, where the author of the designs are not known, and any similar work designated  under the copyright Act to be works of folklore (Copyright Act 690, 2005).” Therefore the Intellectual Property of a people as captured in their folklore comprises their folk tales, music, folk dances, traditional musical instruments and the production of folk art or other Intellectual property(IP) such as industrial designs, Geographical indications, collective marks, etc.

The seminar also showcased another area with immense Intellectual Property potential for us as a nation. Dr Kofi Busia, Programme Officer in charge of Traditional Medicine with the West African Health Organization (W.A.H.O) noted at the seminar that Africa stands to gain immensely from the Intellectual Property of its rich store of traditional medicine. According to the World Health Organization (W.H.O) Traditional Medicine is “the sum total of knowledge or practices whether explicable or inexplicable, used in diagnosing, preventing or eliminating a physical, mental or social disease which may rely exclusively on past experience or observations handed down from generation to generation, verbally or in writing. It also comprises therapeutic practices that have been in existence often for hundreds of years before the development of modern scientific medicine and are still in use today without any documented evidence of adverse effects”. He however cautions that in an era where evidence is required to inform healthcare policies and interventions it would be contentious to promote “knowledge or practices whether that are inexplicable hence the need to build the capacities of our Traditional Medicine Practitioners who the W.H.O describes as a persons who are recognized by the community in which they live as competent to provide health care by using plant, animal and mineral substances and certain other methods.

This whole conversation about the benefits from our Intellectual Property is based on what Emmanuel Sackey Chief Examiner of A.R.I.P.O refers to as the Knowledge Economy where the national wealth of any nation is generated out of intellectual activity. He argues that National incomes will increase fastest in knowledge industries where a unit increase in resources to the knowledge industries will generate the greatest increase in National Income relative to other industries. Mr Sackey adds that “Traditional Knowledge is information that people in a given community, based on experience and adaptation to a local culture and environment, have developed over time, and continue to develop. This knowledge is used to sustain the community and its culture…”

As to why the use of our Kente and Adinkra designs globally generates  no revenue to Ghana is due to what Fernando dos Santos, Director General of A.R.I.P.O and other speakers at the seminar noted is due the absence of an international legal framework for the protection of folkloric rights. To this end, Mr dos Santos and his colleagues at the A.R.I.P.O Harare office are intent on realizing the A.R.I.P.O ideal of African countries pooling their resources together for promotion, development and harmonization of IP laws and policies. Other objectives of A.R.I.P.O are the establishment of common services and organs for IP coordination, development and harmonization and the establishment IP training schemes.

For Fernando dos Santos and many IP rights experts, the way forward involves such protocols like the Swakopmund Protocol which is touted as the key to our realization of the immense benefits our folkore and herbal medicine which makes up our Traditional Knowledge. The Swakopmund Protocol aims at providing a legal framework that empowers Traditional Knowledge holders to utilize their resources for socio-economic development while preventing misappropriation and illicit granting of patents.

Certainly the knowledge economy has huge potential for us as a people and its time we appreciate our Traditional Knowledge.