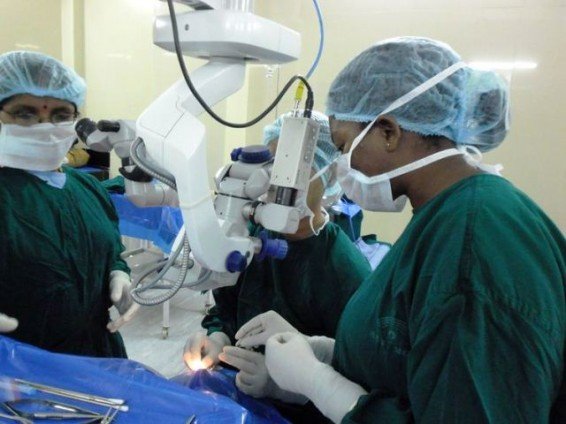 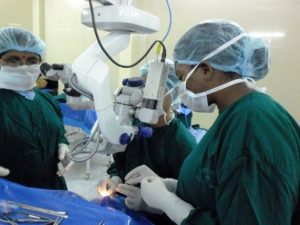 The Ghana Medical Association (GMA) is undoubtedly one of the most powerful professional associations Ghana has ever known.

Unmatched in its lack of tolerance for government’s halfhearted posturing towards workers’ demands for fair wages, and brutal in the ways and means they force the hands of the state to pay them their due.

It has virtually become a ‘gospel’ fact that in this country that the only language government understands is strike.

And workers, particularly doctors have not spared the slightest opportunity to preach this ‘gospel’ to government.

In fact, strikes by the GMA have now virtually become an annual ritual. Last year (2014), they joined 11 other Labour Unions to embark on a strike over their pension funds.

In 2013, they withdrew their services to protest delays in the payment of salary arrears and market premium. When President John Mills died in 2012, they were on strike, which they called off in his memory. In 2011, they went on strike to protest distortions in their placement on the Single Spine Salary Structure. So a strike by the doctors in 2015 was not exactly surprising.

But what the strike was supposed to lead to – an en masse resignation over the absence of conditions of service for public sector doctors – is what made their action this time around exceptional. Now that the dust has settled, I want to share these timeless lessons the GMA taught me over the three week period they laid down their tools.

1) Never make threats you are not ready to carry through

I have always said members of the GMA never had the “balls” to resign en masse. And they knew it too. So they should not have threatened in the first place. But they only wanted to raise the stakes in the eyes of government. As the strike entered its third week with their insistence they would not return to work without signed conditions of service, it became clear they had gotten tired of themselves, most Ghanaians had gotten tired of them, and the public sympathy for them was lost. People were even encouraging them to go ahead and resign.

Government was ready to replace them with “all sorts of local and foreign doctors,” while threatening to withhold their salaries. In the end, they found it necessary to call off the strike without getting what they had insisted was a pre-requisite to back down. We are all happy they did. But in doing so, I believe they have weakened their strength and dented their credibility in everybody’s eyes. No one will really take them any more seriously going forward when they issue such threats because they have shown us they are not exactly men and women of their words. Lesson number one is clear, never make threats you cannot keep. It’s just like the promises we make. Inability to keep them damages us forever.

2) None of us is indispensable

But, it looks as though this time around government was ready to “show them their true size.” And prove to them that even before the existence of medicine as a professional practice, sickness was not always a death sentence. We’ve lived without them during their numerous strikes. But how much more damaging can it get for the doctors when government non-verbally tells them the nation would not collapse if you decide to declare yourselves unemployed?

Their small numbers and brain drain in the sector make them a special breed of workers. But that’s also their weakness. Now it’s clear they are not indispensable, but replaceable after all. Just like all other workers. I take this lesson very seriously.

3) Our government is ‘a bully’; you need better strategies than ‘pound-for-pound” to floor it

If you are a government official, (and you are given a 10 month ultimatum, by no mean a group of workers like doctors, to provide them with their deserved, documented conditions of service, and you watch on, unable to sort them out until the deadline expires, and they begin the processes leading to resignation), then I don’t think you are worth the monthly salary you draw from our taxes. This is an exhibition of gross incompetence and virtually amounts to dereliction of duty. The plenty talk could not have continued forever, and someone had to draw a redline somewhere at one point in time or the other. So to a certain extent, the doctors were right in drawing a redline, and baring their teeth at government when it crossed it.

But unfortunately for us, our government is “a bully.” Government officials had messed up. And they knew they had pushed the doctors beyond tolerable limits. But when things got murky; they turned around and painted the doctors as “devils” in white coats. And refused to accept responsibility. But unfortunately for the doctors, the strategy to go toe-to-toe with government has rather ended up denting their integrity. The lesson is that the balance of power between us and our government favours the regime. We need better strategies than “street fights” with them to stay in control.

Let’s all pray for wisdom from above every day, that will help us tactically wrestle with those who wield more might and authority than us.

I was at the GMA’s General Assembly meeting at Korle Bu the other day. And I saw at first hand the high level of energy in most of the doctors who gathered to want to stay off duty until their demands were met. I have questioned the legal basis for which the executive council of the GMA called off the strike, one week after the general assembly voted to extend it by two weeks. But its okay, laws are made for men, not vice versa. The lesson is this – majority must not always carry the vote. Sometimes, leaders must lead, and I doff my heart out to the leadership of the GMA for the display of bold leadership in calling off the strike.

We all pray that the thorny issues are resolved once and for all as quickly as possible, so we don’t return to where we were three weeks ago in future. 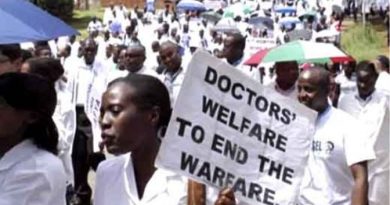 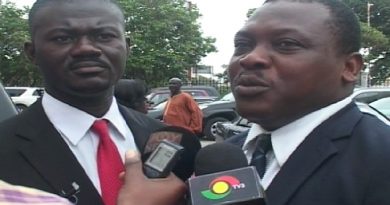 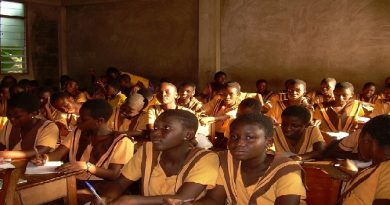