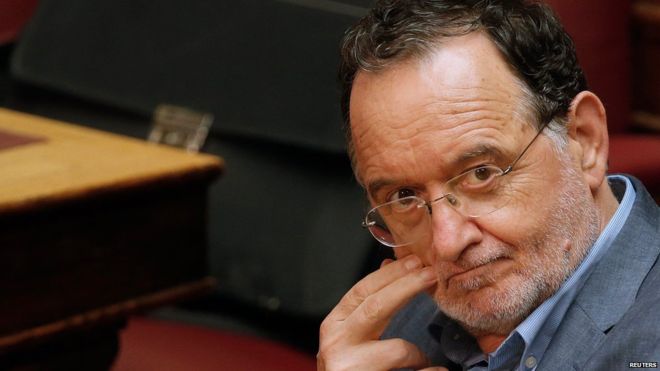 Rebels from Greece’s governing left-wing Syriza are to break away and form a new party.

The move came after he lost the support of many of his own MPs in a vote on the country’s new bailout with European creditors earlier this month.

The party will be led by former energy minister Panagiotis Lafazanis, who was strongly opposed to the bailout deal, reports say.

A list of MPs joining the party published by the Ta Nea newspaper showed that the parliamentary speaker Zoe Konstantopulou and former finance minister Yanis Varoufakis were not among its members.

Both had opposed a new bailout deal, with Ms Konstantopulou highly critical of her former ally Mr Tsipras.

Syriza won 149 seats in Greece’s 300-seat parliament in the last election in January.

In exchange for a new €86bn ($95bn; £61bn) from European partners, Mr Tsipras had to agree to painful state sector cuts, including far-reaching pension reforms – and keep Greece in the eurozone.

Close to a third of Syriza’s MPs abstained or voted against the terms of the new deal last week.

At the time, Mr Lafazanis said he was determined to “smash the eurozone dictatorship”.

On Friday morning, the head of conservative New Democracy party, Vangelis Meimarakis, met with Greece’s president and he will now be given three days to form a government.

Observers say he does not have enough support and elections will be called.

Reports suggest the election – the fifth in six years – will be called for 20 September.

If Mr Meimarakis fails to form a government, the chance will be given to the new party, analysts say, and then the far-right Golden Dawn party.

They, too, are unlikely to be able to gain enough allies to establish a government.

All parties can waive the right to negotiate and allow the president to approve a snap election.

Mr Meimarakis, however, has said he will try and use his mandate to form a government in the next few days.

Dimitris Stratoulis, one of the new members of Popular Unity, told Reuters that his party would also try to use the mandate and put a government together.

Mr Tsipras does not intend to enter Syriza into a new coalition before an election, Tovima newspaper reports (in Greek).