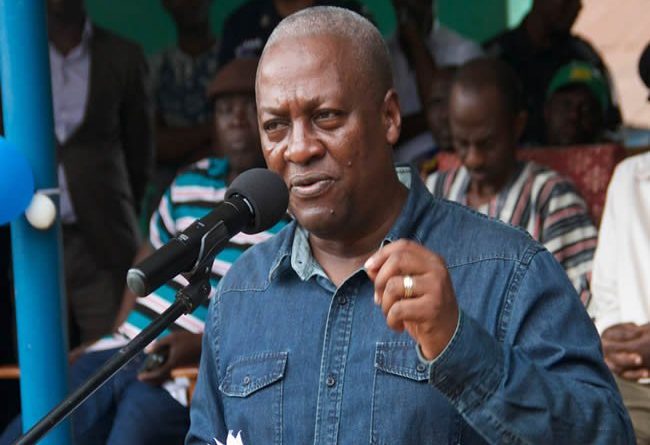 I must confess I was one of the Ghanaians tremendously pleased when you reiterated your pledged to solve our current energy crisis by FIXING it at the just-ended 20th GJA awards.

For this assurance and your willingness to help end “dumsor”, I say Thank You Mr President. It is said that “it’s better late than never”. By taking action on this important matter, you are adding your voice to a growing number of Ghanaians who recognize the social and economic threats posed by “dumsor” and the crucial need to normalize our energy needs for safe and sustainable living.

Your Excellency, I hope I will be different, as, I’m not going to join the chorus of voices reacting to the lengthiest load shedding in Ghana. While surely there is ample blame to go around, it seems to me there is a multiplicity of issues encircling, inconsistent and insufficient gas supply from Nigeria, vast depreciation of the Ghana Cedi, and routine maintenance of power plants, etc.

Nonetheless, one thing is clear, this power outage is grounding Ghana’s economy to a halt.

A report by the Institute of Statistical, Social and Economic Research (ISSER) this year reveals that Ghana lost between GH¢320 million and GH¢924 million in 2014 due to the ongoing power crisis.

Your Excellency, it is interesting to know, this loss is 64.37% of the annual revenue of Electricity Company of Ghana (ECG) – 2012 Annual report ECG.

The electricity crisis is undoubtedly bringing Ghana’s energy problem into the forefront of your administration and I believe with all my heart that it is about time we rethink of a larger part of the energy mix.

Although the government’s target for 2015 is to increase the country’s generation from 2000MW to 5000MW, very little is mentioned on Solar Power as this goal is somewhat modest given that we are currently facing a 10-14% energy deficit at peak times.

Your Excellency, we need greater energy independence as you indicated in your SONA, but this is not simply a matter of improving something we already have: it’s a matter of reversing a very negative trend.

Our total energy imports now amount to 4692.7 ktoe per year, this is alarming considering the fact that Ghana is an oil nation. Much stronger action will be required to achieve energy independence. We need an energy bill far more potent than any put before parliament in history.

Fossil fuels were a key part of economic development in the millennium past. In the new millennium, we will have to phase out their use. While it may be debatable how long we have to make this transition, I believe the correct answer is “the sooner the better.”

While the magnitude of the energy issue means it will surely outlive your administration, you could achieve something where others have failed by steering a course that will lead to its eventual solution. The energy problem has grown critical: success or failure in this area may be the way your administration is judged historically. The economic wellbeing of the energy industry, and the country as a whole, depends on how this problem is handled.

Your Excellency, in my view it looks doubtful that the now proposed Coal Power would be able to play a major role in this transition away from fossils. In my earlier write up this month on Choosing Coal Over Solar is Primitive, I addressed the several setbacks of using coal power at our age.

Solar energy (a term I will use synonymously with “renewable energy”), in its various direct and indirect forms, is the only approach that has the potential to fit all our energy needs.

Your Excellency, I respectfully submit that Solar Power can contribute immediately and significantly to meeting Ghana’s urgent and growing energy needs. Indeed, more than half of respondents in a recent survey by Gramax Energy Group, expressed concern about the rather slow nature of the country’s renewable energy goals. It is worth noting that among all the options Ghana has to deal with its energy crisis, “betting” on solar is among the safest plays we can make.

In recent years, the conventional energy paradigm has rapidly lost ground in comparison to the concept of sustainable development, as it is based on the intensive use of nonrenewable fossil fuels, causing environmental degradation and posing global energy security risks.

Thus, a modification in our energy paradigm is necessary. This new energy paradigm resonates with The 2015 Africa Progress Report dubbed “Seizing Africa’s Energy and Climate Opportunities”.

To start with, solar is available in great abundance for as long as life exists on earth and it is technically feasible. All of the technology needed to produce energy from the sun is here now and is well understood. Solar panels are readily available and rapidly deployable. Internationally, there remains a significant overcapacity of production for solar panels. That means they are widely available and competitively priced, especially if your government were to make some significant investments by providing all necessary logistical supports to IPPs with huge solar farm projects. “The total annual radiation from the sun is more than 7500 times the world’s annual total primary energy consumption.”

It is worth noting that whiles it may take 3 to 5 years to build a 500MW coal power plant, it could take less than a year for a solar farm. Traditional coal or gas turbine power plant construction moves at a glacial stride paralleled to solar farm construction. Ghana needs energy now and solar delivers.

Again, solar power is affordable and getting cheaper all the time. Solar power are close to parity with fossil fuels even when externalities for fossils are ignored. Depending on how we value the external costs associated with fossil fuels, many are already cheaper. Energy from the wind (an indirect form of solar energy) is already just about the cheapest way to produce electricity. Solar panel prices have fallen about 70% to 80% over the last three years and scale and technology in the industry are continuing to drive down costs.  This put ECG are in an exceptional spot to negotiate highly desirable pricing for major solar deployments.

Furthermore, Ghana is a country that has unbelievable Solar Energy potential, thus, our perennial energy shortage makes it imperative to tap the Solar Potential to meet our several energy needs. The demand-supply gap of the total energy demand trend is significant in the electricity segment that is heavily dependent on hydropower thermal energy.

The solar energy potential in Ghana is colossal, attributable to our location in Sub-Saharan African region. Ghana receives nearly 2,377 hours of sunshine every year, which is equivalent to 3960 trillion kWh of energy. As shown in table 1, Ghana can generate over 143 million Units of Solar Power annually, which is enough to service the entire annual power demand projection for the next 50years and over.

We have the potential as a country. It’s time to leap frog beyond the traditional power grid system just as we skipped the wire-based telephone networks and moved straight to cell phone connectivity.

Besides, solar works best when you need it the most. Solar works best when the sun is at its hottest, meaning that it can help carve off the peak demand spikes that loom over every utility. By softening those spikes, there is more time and energy for rationally deploying base load capabilities. And peak demand spikes are only expected to worsen as more Ghanaians move into the middle class and purchase air conditioning units for those long hot afternoons and even nights.

Your Excellency, Solar energy powered 50% of Germany’s midday electricity needs on May 26, 2012 – producing 22GW of energy. That’s the equivalent of about 25 coal power plants. If solar can supply half the energy needs of the world’s 4th largest economy on a given day, it could certainly play a bigger role in Ghana’s dumsor and future energy needs.

Solar is environmentally-friendly and clean. Diesel generators which are widely used as back-up to grid power are huge polluters, terrible for human health, and significantly more expensive to operate than solar. The fossil fuel tradition considers only the magnitude of energy consumed per capita as an indicator of the country’s “progress,” but it does not take into consideration the social, environmental, and security impacts of energy consumption. With this paradigm based on increased consumption of fossil fuels, the resulting environmental, social and economic costs, are gargantuan.

Your Excellency, no group can be expected to willingly surrender a profitable monopoly position unless forced to do so, even when it is in our nation’s best interests that they do so. Such a position is precisely what the oil, and coal folks have today, both here in the Ghana and abroad. As a proud Ghanaian who deeply cares about our nation and its future, as well as the overall health of all of my fellow citizens, I beseech you to do all that you can to put an end to this monopoly while there is still time.

Some may think I am naïve to call on you to take such action at a time when our country’s energy needs have never been greater. They might say I am foolish because it will take many decades before true energy alternatives will become available and in the meantime we cannot afford to make do without the energy sources we currently have. Mr. President, I respectfully disagree, and I think you do too, as evidenced in your speeches and action on energy recently.

Admittedly, solar is a part of the solution to the energy crisis in Ghana, nonetheless, it no longer should be treated as a niche or “alternative” energy solution. Solar has earned its place at the grown-up table.

In summary, with your leadership, I believe with all my heart that the Ghanaian who is blessed with all this sunshine will begin to enjoy its enormous energy and “dumsor will be a thing of the past” as you enthusiastically promised.

I hope and pray, Mr. President that you will move our great nation in the direction both she and the rest of the world need her to go in.

God Bless Us All!! 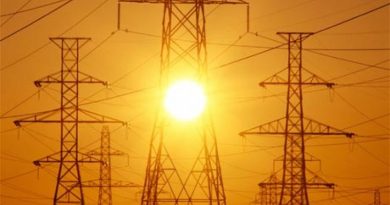