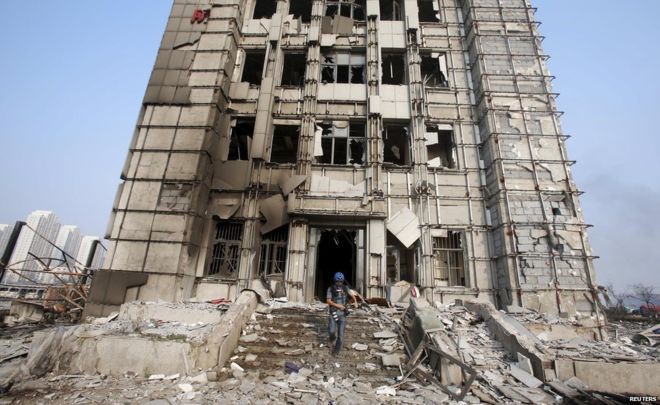 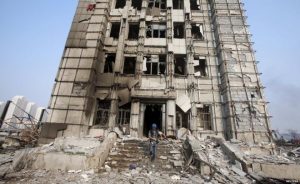 Ninety-five people, 85 of them firefighters, are still missing four days after multiple blasts in the north-eastern port of Tianjin, Chinese authorities have said.

At least 112 people died in the blasts and hundreds have been hospitalised.

The explosions, in a warehouse containing hazardous chemicals, were so powerful that few of the recovered bodies have been identified.

Dozens of websites have been shut down for allegedly spreading rumours.

Hundreds of social media accounts have also been closed down since the explosions on Wednesday.

At a news conference on Sunday morning, officials said they had identified 24 of the dead. Experts are carrying out DNA tests to help indentify the rest of the victims.

At least 21 firefighters are among the dead. Of the 721 people injured, 25 are in critical condition and 33 are serious.

Dozens of relatives of the missing and local residents have held a number of angry protests at a hotel used for official news conferences.

They say they have not received enough information from the government about what chemicals are at the site.

Homeowners are also demanding compensation for damage to their properties.

Also on Sunday a senior military officer, Gen Shi Luze, became the first named official to confirm the presence of the toxic chemical sodium cyanide at the site, saying that “several hundred tons” had been identified at two locations in the blast zone.

Residents within a 3km radius of the blast site were evacuated on Saturday, amid fears of chemical contamination.

However, Greenpeace said that surface water tests carried out at the site had not found high levels of the chemical.

Troops equipped with chemical warfare protection entered the site of the blasts on Saturday, reportedly to deal with the sodium cyanide.