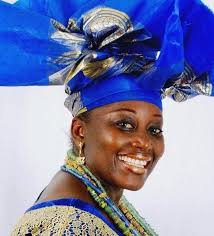 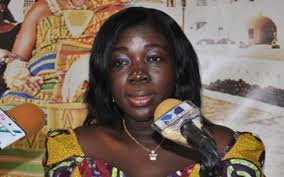 Last year the Minister of Tourism, Culture and Creative Arts Hon Elizabeth Ofosu-Adjare met Ga-Dangbe chiefs at the Guggisberg Memorial Hall in Dodowa and introduced plans for the organization of a Homogenous Homowo Festival dubbed Homofest to climax all the festivals of the Ga-Dangme people. Mrs Ofosu-Agyare indicated that her action is based on suggestion by President Mahama. And true to her word, based on the plans she presented to the chiefs and their input, the first edition of Homofest happened in September last year with the second edition scheduled for October 2 to 10, 2015 with a series of activities climaxing on October 10 with a durbar of chiefs and people of the Ga Dangme.

GA DANGMES AND THEIR FESTIVALS

Ga Dangmes are ethnic to parts of the Greater Accra and Eastern regions with the Gas to the West of the Accra coastlands – from the Tsemu lagoon near Tema to the villages of Kokrobite and the surrounding areas. The Dangmes are to the east from Kpone to Ada while the Yilo Krobo are inland in the Shai area and beyond to the footholds of Akwamuland. In this mix you have the Gbuglas of Prampram and the Ningoes of Osu Doku and Shai areas. The Ga-Dangmes are believed to have settled in their present location by A.D 1275. History has it that they migrated from Israel hence some of the Hebraic practices and traditions like the eighth day naming and circumcision of babies and the leadership role of the traditional priests.

From their migrations through Egypt, Ethiopia, Sudan, Lake Chad, Ile-Ife, Benin and Togo and arrived in Ghana meeting the Akans who named them Nkra because of their multitude which seemed like ants. The Ghana Heritage and Cultural Foundation says the Ga-Dangme people migrated from Israel around about the 6th Century B.C through Egypt, then to Ethiopia, settling in the Gonder Province in northern Ethiopia, where the Blue Nile originates. According to the Foundation, that is where the name Nai Wulomo, meaning, High Priest of the Nile comes from. Tradition has it that they moved with the Ewes at various stages of their migration settling in Ewe land before pushing further to their present location.

The Ga-Dangme people have various festivals such as Homowo, Asafotufiam, Kplejoo, Nmayemi and Kloyosikplem. Without a doubt, the Homowo festival is one of the most popular since its celebrated in Accra, La, Osu, Teshie, Nungua and Tema. This followed by the Ada Asafotufiam; Kplejoo, Nmayemi and Kloyosikplemi of the Krobos which also attracts attention from the media. Homowo usually happens between August and September, Asafotufiam in August and Nmayemi and Kloyosikplem usually in October or November. The basic idea of the festivals is a celebration of harvest and victory over famine and starvation with Homowo, Nmayemi and Kplejoo signifying this while Asafotufiam is a celebration of victory in wars. The festivals include clean up exercises by youth groups, musical shows and a durbar of chiefs and people along with the traditional rites and festivities.

The idea for the Homogenous Festival aka Homowofest is one festival which will bring together the entire Ga-Dangme nation. The Minister for Tourism, Culture and Creative Arts Hon Elizabeth Ofosu-Adjare notes that Homofest is an integral part of her ministry’s domestic tourism programme to bring people closer to their rich cultural traditions and harnessing the creativity of the citizenry. Maa Lizzy says her ministry is committed to making Homofest one of the flagship events for the celebration of culture and exhibition of creative talents in Ghana. The ministry believes Homofest will accelerate socio-economic and environmental development in the Greater Accra region and afford the chiefs and people of the region a one stop platform to showcase their rich and diverse culture and creative arts potential to both local and international audiences.

This year’s edition of the festival which was launched on July 17th at the National Theatre with the theme “Unity and Development” was a celebration of the rich culture of the Ga-Dangbe people and the Deputy Minister of Trade and Industries and MP for Odododiodoo Hon Lante Vanderpuije took the opportunity to challenge the chiefs and people of the Ga-Dangbe area to ensure that the rich dances performed at the launch can be studied and appreciated by the current generation who are champions of Azonto, Alkaida and other contemporary dances. An indication of the possibility of Homofest becoming an annual event is the collaboration between the Ministries of Local Government and Rural Development; Chieftaincy and Traditional Affairs, the Greater Accra region and the Accra Metropolitan Assembly representing all the 16 Metropolitan, Municipal and District Assemblies in the region. In the words of the champion Mayor Oko Vanderpuije as well as the deputy Greater Accra regional minister Hon Isaac Nii Djanmah Vanderpuije they are committed to institutionalizing Homofest and making it an annual event on the festival calendar of the nation.

The passion displayed by the Greater Regional minister, Hon Afotey Odai Agbo at the initial discussion with the chiefs at the Guggisberg Memorial Hall in Dodowa is indicative of this commitment. According to the programme for this year’s event, the event kicks off on Friday October 2 with clean up exercises through the weekend. On Monday October 5, there will be a float through the principal streets of Accra to promote the Homofest followed by a colloquium with lectures on socio-cultural devolopments of the Ga-Dangbe on Wednesday October 7. Other activities lined up are an exhibition by agencies and organizations under the Ministry of Tourism, Culture and Creative Arts; a cooking competition on Friday October 9 and climaxed with a durbar of chiefs and people in the region on Saturday October 10. The only missing item is a musical concert featuring all the stars of Ga origin from Telemo champion Gasmilla, Tinny, Dr Knii Lante, Shatta Wale, Wulomei and the rest.

The Ministry of Tourism, Culture and Creative Arts appears on course to effectively promote tourism using culture and creative arts. Under the dynamic leadership of the minister, the ministry is engaging stakeholders with an open door approach aimed at incorporating all key groups in the sector in the ministry’s work. For someone who many queried her ability to handle the ministry effectively, she is proving equal to the task. Obviously while practicing law in Kumasi, her flirtation with the media through a television production dubbed Court Precision initiated her well enough into the arts and coming from the Brong Ahafo region, having worked in the culturally rich Ashanti region, she is showing her keen appreciation of the dynamics involved in driving tourism through with culture and the creative arts. When she came into office she told William Asiedu of the Mirror that she was considering discussing adding Wednesday Wear to the current Friday Wear with the Ministry of Trade and Industries and ultimately making made in Ghana clothing an Every Day Wear in the country. Let’s see what comes of that… 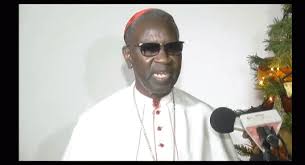 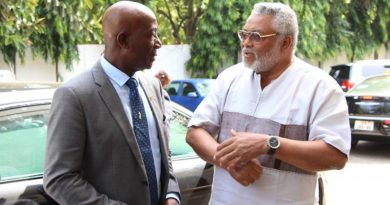