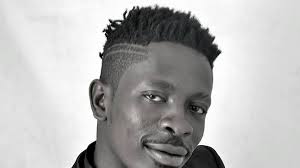 Reports reaching Ghnewsnow indicates that lawyer for ace dancehall artiste Shatta Wale has written to the Accra Fast Track High Court seeking for an out of court settlement. Speaking on Happy FM’s Showbiz Extra today, George Quaye of Charterhouse  indicated that the counsel for Shatta Wale Peter Zwennes had written to the court requesting for an out of court settlement of the matter. Mr Zwennes was not in the court.

According to George, the defence counsel had requested for four weeks but this was pruned down to two weeks by the court. This means that both parties are to return to the court on November 3.

The court however granted Charterhouse an interlocutory injunction to prevent Shatta Wale from issuing any more statements on Charterhouse.

Shatta who was absent in the court was represented by his daddy Charles Nii Armah Mensah and his manager Lawrence Asiamah Hanson aka Bulldog.

Charterhouse has sued the artiste for allegedly defaming the organization as well as its C.E.O Iyiola Ayoade and is seeking a number of reliefs over four videos the Dancehall King uploaded on his Facebook page.

Charterhouse and Mr Ayoade are requesting the court to order the defendant to render “an unqualified apology and retraction of each of the four separate videos with the approval by the Plaintiffs prior to the recording and uploading” to his Facebook page and to remain on his page for one month within a week of the judgment.

The third relief sought by the Plaintiffs is for Shatta Wale to send the four videos in which he renders apologies to the Plaintiffs to “all media houses and online publications that have aired the defamatory videos complained of and ensure that same and/or published at his own expense” within a week of the judgment.

The decision by Shatta’s camp to seek an out of court settlement has been welcomed by many pundits who are wondering why Shatta didn’t simply apologize when Charterhouse initially expressed their displeasure at the recordings. The case has been described as a landmark case and will be pivotal in the way the music industry progresses beyond this day in view of the often baseless accusations and counter accusations usually leveled in the industry

Speaking on the same Happy FM show, Mr Charles Nii Armah Mensah Shatta Wale’s daddy was of the view that if their request is not acceptable to Charterhouse then they would have no option than to defend themselves in court.