Dancehall Commando Shatta Wale’s dad has assumed responsibility as the substantive manager of his son. Speaking on Breeze 90.9 FM’s Showbiz Today with Ekow Puncho Mr Charles Mensah indicated that the decision to assume the role of manager is due to the changing circumstances of his son.
He says since the Shatta Movement for Life (SM4) goes beyond just Shatta Wale’s artistry, it is important that a full management team be put in place. In that regard, he said a team of competent managers have been lined up to handle the Shatta Wale brand. He added that Bulldog would continue as the Event Manager of Shatta Wale.
On the perception that Shatta Wale is going wayward, Mr Mensah said that he may not be totally in support of his son’s actions but quickly added that the rules of showbiz requires some gimmicks hence Shatta’s occasional effusions.
Mr Mensah said a team of lawyers are preparing their defence in the suit brought against Shatta Wale by Charterhouse. The event organizers have sued Shatta Wale for slander and are asking for damages of GHC 10m approx $3m.
Pundits have been debating the pros and cons of the lawsuit with some suggesting that Charterhouse should have ignored the effusions of Shatta rather than giving it a lease of life while others are of the view that the action is in order to check the Dancehall Commando’s perceived disrespect for persons he has a contrary view to.
Shatta Wale recently won the Best New Entertainer Award at the International Reggae and World Music Awards (IRAWMA). 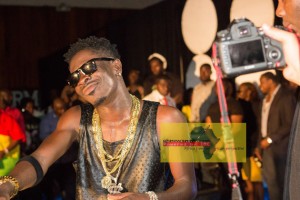