ACCRA, Ghana: Ghana’s Deputy Foreign Minister, Ambassador Thomas Kwesi Quartey says Ghana is going back to her roots to link up with all Pan Africanists within and out of Africa and on that basis would seek to re-direct its policies to achieve the objectives of Pan Africanism.

On his part, Major-General Kahinda Otafiire, Chairman of the Pan African Movement and Minister of Justice of Uganda called on Africans to close their ranks and increase trade and cultural relations among themselves. According to him the present challenges facing Africa and Africans are largely due the master – servant relations between Africa and the imperialist world.

Major-General Otafiire congratulated the government and people of Ghana for accepting to host the 8th Pan African Congress and called on Africans living everywhere to participate in the upcoming Congress.

Following consultations with several organisations, the Government of the Republic of Ghana, the African Union (AU) and the Global Pan African Movement agreed in February this year on Ghana hosting the 8th Pan African Congress.

The African Union has already adopted the 8th PAC as part of activities marking its 50th anniversary and about 10 African Heads of States are expected to attend the opening ceremony in October this year.

The launching of the 8th Pan African Congress was organised by the Local Organizing Committee (LOC) and was attended by members of the Diplomatic Corps, Ghana Trades Union Congress, youth groups and community organizations, Farmers and Fishermen Council of Ghana, the Rastafari Council of Ghana, representatives of the Diaspora Community, distinguished Pan Africanists, students and the general public. 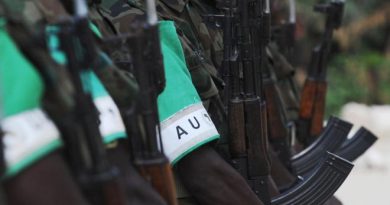