A group of Cameroonians identifying themselves as the Southern Cameroon National Council (SCNC) is calling for a separate state to be carved out of the Republic of Cameroon and named Southern Cameroon. They say they feel marginalized by President Paul Biya’s policies, which according to them relegates them to the background in national affairs.

The group converged outside the premises of the US Department of State in Washington DC where President Obama was meeting 50 African heads of government hoping to make their voices heard. Holding placards and a proposed flag for Southern Cameroon, the group chanted and distributed flyers to passers-by.

Convener Jude Ozughen who is also the North America Chairperson of the group took our reporter through a quick history of Cameroon and why they are protesting.

According to him, English-speaking Southern Cameroonians were given the option to either join Nigeria or to stay within a federation with Cameroon by a UN sponsored plebiscite at independence in 1961. He said a third option should have been to give the region autonomy to form a nation by itself. “The third option would have been outright independence; achieving independence as a separate political entity; Southern Cameroonians achieving independence by themselves. But unfortunately that option was not given to Southern Cameroonians”, he lamented.
This he said is what the group is now asking for especially taking into consideration how French-speaking Cameroon marginalizes them. “The English-speaking people of Cameroon, called the Southern Cameroonians, have been subjected to annexation and colonialism and we are struggling to extricate ourselves out of that annexation” he said. “And when Mr. Biya came to power in 1982, and he has been president since then, the situation of annexation and colonialism continues” he added.
He said a case was presented before the African Commission on Human and Peoples Rights (ACHPR) where a ruling was made in 2009 calling for constructive dialogue between the 2 parties. Mr. Ozughen added that even though Southern Cameroonians have always demonstrated the intent to follow through with the dialogue, Mr. Biya’s government has totally ignored them and the edict.

Further down the road, there was another protest by, this time by French-speaking Cameroonians, also asking for Mr. Biya to step down from the presidency. Convener Chantale Teta told Sahara Reporters they wanted to drw the world’s attention to President Biya’s bad governance, and how long he has entrenched himself in power. “Paul Biya finish [sic] our country. Paul Biya is a dictator. He is not different from Saddam Hussein or Gaddafi or all those presidents. 32 years is enough”. She also called the Cameroonian president a criminal and asked for his detention in the US. Behind her, the group chanted: “Paul Biya must go…in a nursing home.”
There were many protests during the just ended US – Africa Leaders Summit in Washington DC by several groups seeking to send diverse messages to different African leaders as well as the convener of the event, US President Barak Obama. The protests however were contained by a rather stringent security arrangement, making it difficult for protestors to get their messages across directly to the intended recipients. 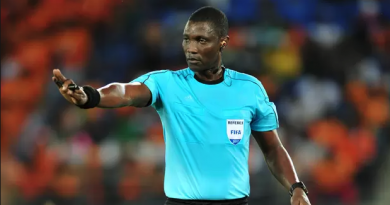