Dear President Mahama,
IN THE NAME OF THE ALMIGHTY GOD
We the People of Ghana, IN EXERCISE of our Sovereignty as a people under Article 1(1) of the 1992 Constitution, and in further exercise of our natural and inalienable right to demand responsible governance, which shall secure for ourselves, and posterity the blessings of liberty, equality of opportunity and prosperity; AND IN SOLEMN declaration and affirmation of our commitment to;
Freedom, Justice, Probity and Accountability; The Principle that all powers of Government spring from the Sovereign Will of the People; The Rule of Law; The protection and preservation of Fundamental Human Rights and Freedoms, Unity and Stability for our Nation; Do humbly petition your High Office as follows:
THE GROUP
The CONCERNED GHANAIANS FOR RESPONSIBLE GOVERNANCE (CGRG) is a non-partisan civil society group made up of ordinary Ghanaians who go through normal life in Ghana.
It is our firm conviction that every Ghanaian deserves to be happy. And we maintain that our collective happiness as a people is inextricably linked to responsible governance.
In light of this, we are of the view that in exercise of our sovereignty, we as a people, must make a demand for responsible governance regardless of the political party holding the reins to governmental power. It is our intent to make this demand for responsible governance legitimately by exploring all avenues afforded us by law.
It is for this reason that we, the undersigned, together with other concerned Ghanaians have put together this petition for your kind consideration.
We have no doubt that this petition will receive the urgent attention it deserves because we trust that your government is a listening government.
Furthermore, we believe that having been elected on the back of a firm promise to make our nation a “Better Ghana” you will find sustainable solutions to the challenges outlined in this petition.

THE CONCERNS
Your Excellency, our concerns, in no particular order of importance, are as follows:
The erratic supply of electricity nationwide.
The unreliable supply of potable water across the country.
The ever-depreciating value of the cedi.
Constant increases in taxes.
Inefficient revenue collection.
Very poor road networks.
Constant increments in utility tariffs.
Frequent increase in the prices of petroleum products.
Government’s inability to make statutory payments timeously to schools, health facilities and other state institutions.
Government’s inability to address labour-related issues on a timely basis.
Government’s inability to exhibit decisive leadership in the fight against corruption.
Government’s inability to kick out incompetent and non-performing appointees.
The over-politicization of socio-economic issues along partisan lines.
Government’s inability to create job opportunities for the youth and fresh graduates.
Government’s inability to effectively regulate small scale mining (galamsey) activities.
Improper administrative decisions taken by some government officials.
Lack of proper communicative skills on the part of some government officials.
The Non-Passage of the Freedom of Information Bill
The Non-Implementation of the Senchi Consensus.
Government’s inability to tackle perennial flooding in the capital city and elsewhere in Ghana.
Your Excellency, the above-mentioned are grave concerns of ordinary Ghanaians who entrusted their wellbeing in the hands of your administration. However, numerous challenges and hardship have befallen Ghanaians since your government took over the reins of power.
Just take a casual walk through the streets of Accra and you would find frustration and misery written over the faces of the good people of this country.
Ghanaians have to grapple with extreme discomfort, lowered productivity, the ever-rising rate of inflation, a continuous loss of their purchasing power and a situation where many companies and entrepreneurs have been driven out of business.
Ghanaians are also faced with limited access to essential services such as quality education and healthcare.
Furthermore, Ghanaians have to come to grips with poor quality of service provided by utility companies which turns out to be a mismatch to the constant increment in utility tariffs.
The good people of this country also have to wrestle with artificial shortage of petroleum products, a countless number of strike actions undertaken by workers and labour unions, an increase in the rate of youth and graduate unemployment.
In addition to these, Mr. President, Commissions and Committees of Inquiry are set up to investigate even those challenges, the causes of which are abundantly clear.
More Committees and Commissions are set up to review the findings of earlier ones.
The findings of all these Committees and Commissions of Inquiry never appear to translate into action on the part of government.
As if these are not enough, Your Excellency, the government itself has been implicated in the paltry politicization of issues and the agenda of political equalization.
A clear example of this being the repeated reference by government officials to the blunders of previous governments instead of a firm resolve to deal with the challenges at hand.
Take for example the immediate past Deputy Minister of Youth and Sports who is on record as having stated unequivocally that most if not all the supporters sent to the ongoing FIFA World Cup (Brazil, 2014) would be sympathizers and supporters of the National Democratic Congress, a party which you lead.
While we appreciate that you belong to one political party, we believe that once elected to the High Office of President, you are to serve the people of this country regardless of their political affiliations.
We maintain that the over-politicization of issues is further entrenching already existent divisions and creating new ones amongst Ghanaians.
The most recent blow to Ghanaians is the lack of tact in communication exhibited by some government officials.
This has created a situation where government itself and Ghanaians as a people are often set up for ridicule.
Take for example the recent official communication by government that it was airlifting a colossal sum of over Three Million US Dollars to the Black Stars in Brazil. Aside the international humiliation and ridicule, the effects of the official communication of this rather unfortunate decision cannot be overemphasized.
To crown it all, improper administrative decisions taken by some government officials have made it more difficult for the ordinary Ghanaian who is already overburdened with the payment of taxes to be willing to “chew on whatever is left of the national bone”.
Suffice it to say that the decision to appoint and remunerate a number of ambassadors to the ongoing FIFA World Cup (Brazil, 2014) and the decision to airlift over three million US Dollars to the Black Stars are symptomatic of this concern.
Your Excellency, these observations catalogued by the Concerned Ghanaians for Responsible Governance turn out to be concerns shared by a predominant number of Ghanaians.
While we remain hopeful that your government shall favorably consider this petition, we humbly entreat you to deal swiftly with the above concerns to alleviate the hardship our good people are currently faced with.
We wish to assure you as a people, that we shall give you all the support you need to make our nation a BETTER GHANA.
Thank you and God bless our homeland Ghana.
SIGNED BY THE GOOD PEOPLE OF GHANA 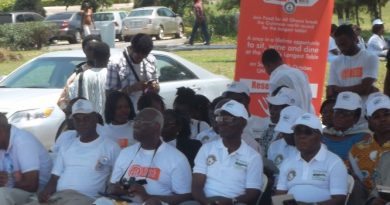 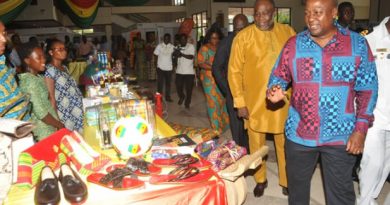