By Isaac Bediako Justice
KUMASI, Ghana – Ghana’s second largest Hospital, the Komfo Anokye Teaching Hospital (KATH) is keeping a baby girl abandoned by the mother at the facility two weeks ago.
The four-month-old baby is being kept at the maternity block and is reported to be doing well.
The mother had left her in the care of another patient, one Diana, who had gone for antenatal care around 1200 hours on June 10, under the pretext of visiting the washroom and never, returned.
A Public Health Nurse Counselor, Ms Gladys Asamoah told a section of the press that when after about three hours, there was no sign of the mother returning, the patient became suspicious and handed the baby over to Ms Gladys Kwabena, a Senior Midwife on duty at the time.
Mrs Theresa Francisca Amoateng, Senior Nursing Officer at the KATH said the baby was brought in weak and pale weighing about four kilograms.
She said the baby has so far been sustained by voluntary contributions from the nurses and a few private individuals, most of who donated money, clothing and diapers.
“The baby is now doing well, progressing steadily with a weight of 4.2 kilogrammes”, Mrs. Amoateng said.
She added that the authorities of the hospital had already reported the matter to the Department of Social Welfare and were making arrangements to hand her over.

The Komfo Anokye Teaching Hospital was in the news recently when some mothers who delivered at the facility accused some staff of selling their babies. That allegation has so far proved unfounded. 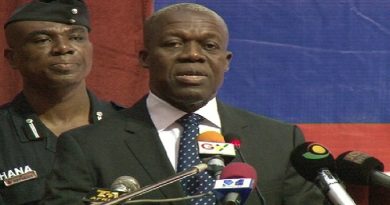 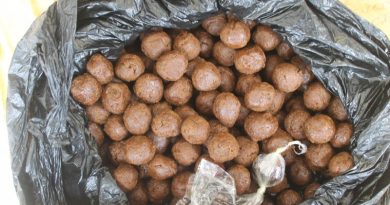