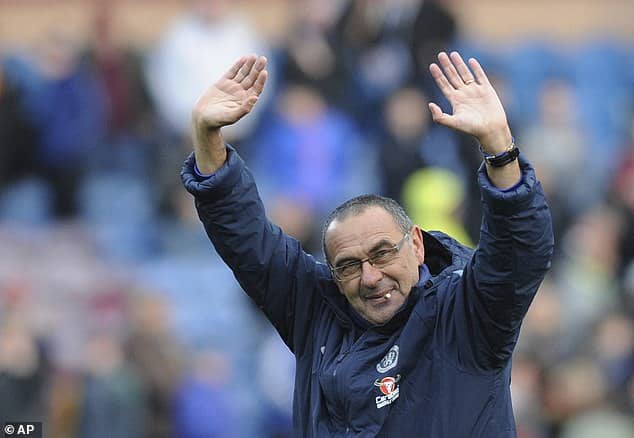 Latest News Sports World
June 16, 2019 Isaac Boakye 0 Comment
The hope of Chelsea fans of maintaining their coach, Maurizio Sarri has come to an end.
Chelsea has reached an agreement of terminating Maurizio sarri’s two years contract with Chelsea in favour of his demand.
Marina Granovskaia,  Chelsea director said:” Sarri made it clear how strongly he desired to return to his native country, explaining that his reasons for desiring to return back to work in Italy were important.
This confirms that, Maurizio sarri is no more the manager for Chelsea after his released from duty at the camp of Chelsea Football Club to join the Italian giant, Juventus.
By Addo Awuah Peterson-Ghnewsnow