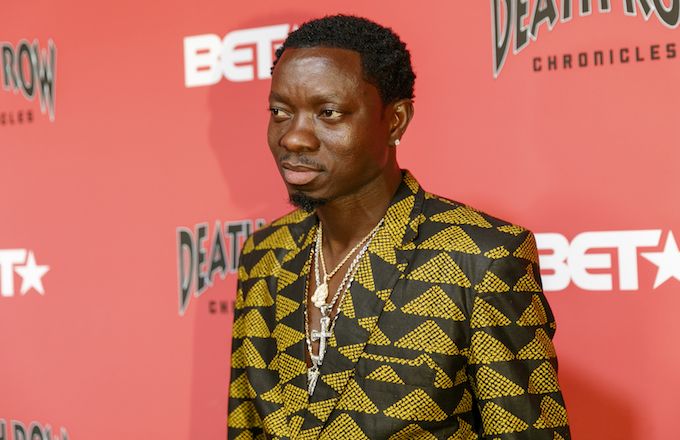 Ghanaian-born American comedian Michael Blackson is likely to have a role in the much touted sequel to the world famous Romantic Comedy ‘Coming To America’.  This was revealed on ‘The Rumor Report’, a segment of the Breakfast Club, hosted by Charlemagne Tha God, Angela Yee and DJ Envy.

According to the Breakfast Club, singer/songwriter/producer/actor Akon made a call on Eddie Murphy to include “real deal” African actors in the sequel, something we did not necessarily see in the Part 1. Written by Eddie Murphy and directed by John Landis, the 1988 release saw a worldwide acclaim and acceptance of the movie which featured a fictional African prince who had to travel to New York with an assumed identity to find the true love of his life. The movie was a huge success in Africa.

In an interview on TMZ in response to Akon’s call, Eddie Murphy revealed that he is likely to feature original African actors in the sequel, singling out Michael Blackson who he described as ‘funny’ as a possible cast.

“Oh yeah, I could tell you that there’s one funny African, that’s Michael Blackson…” he said.

That would be life-changing; everyone in the world is gonna watch that movie

On his part, Michael Blackson said “That would be life-changing; everyone in the world is gonna watch that movie”.

“Let’s prove Michael Blackson is  really from Africa first… it’s rumored that Michael’s really not from Africa… you can’t be taking roles from African actors if you’re not really African”, Charlemagne joked.

Michael Blackson has had roles in movies like ‘Meet the Blacks’ and Ice Cube’s ‘Next Friday’, among others.