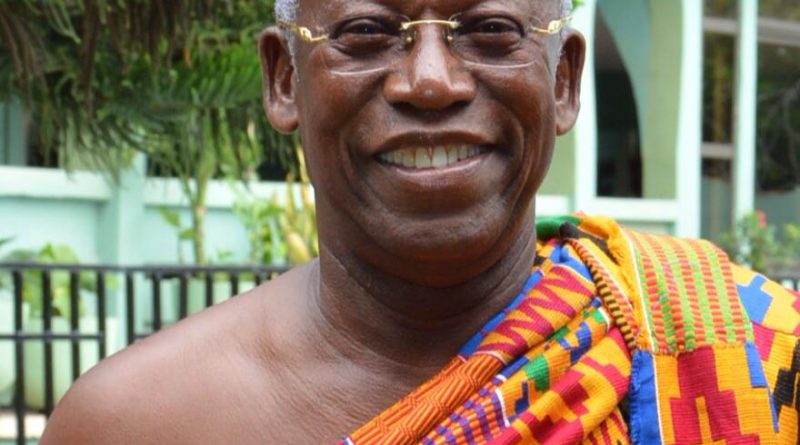 “The Elder who looks on as the children eat the python is counted among the python-eaters” – Fante/Akan proverb.

I will start my piece with the memory of my first and only meeting with this man; Kojo Yankah, former Ashanti Regional Minister under the Jerry Rawlings government and former Member of Parliament for Agona East. Of course, he is also a lot of other things, as we hopefully will at least get a glimpse of after reading this piece.

The year was 1999. There was a big PANAFEST celebration going on in Ghana and the Reggae Boyz, the Jamaican national football (or soccer if you will) team was in town. A wide-eyed ‘Ras’, a fresh graduate of the University of Ghana wanted to be part of this. He thought it would be a great idea to connect the Reggae Boyz, as ambassadors of our kith and kin in the diaspora, to the people. Yours truly believed that an evening with music and food with the Reggae Boyz in attendance will do just that. To have that happen however, it had to have the blessing of the Regional Minister who was ultimately in charge of at least the Kumasi/Ashanti leg of the celebrations.

I, together with a small team of organizers drafted a proposal letter and went about trying to deliver it to the Minister. We first heard he was attending an event at the Manhyia Palace, where despite the fact that he was a Fante, he was held in the highest regard. The Asantehene Otumfuo Osei Tutu II did not hide his admiration and respect for him in public. We rushed to the palace but when we got close to him, a mean looking policeman (his bodyguard) stepped up and prevented us from speaking with him. 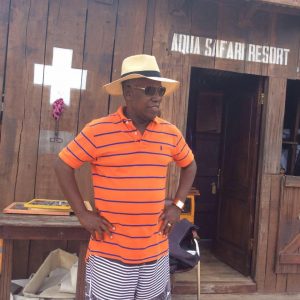 We did not give up, we went to his office to try to deliver the proposals. Once again, we were first met with a stiff wall of bureaucracy before being marched off by the same policeman. At this point, most people would have given up but then I had a lightbulb moment. I told my friends: let’s hang around and try to see him during his unofficial hours, since he lived and worked in the same compound; the Residency. This was not a very popular idea, but I prevailed.

That evening, we went to his house. The bodyguard came out, yes, same one, looking visibly angry.

“You again?” he yelled. What do you want? I told him we wanted to see the Minister. “You can’t see him” he said. He then gave me a piece of paper and asked me to write my ‘wahala’ on there, to be passed on to him.

“Progress”, I thought to myself. I took the paper and wrote on it: SIR, I AM A VANDAL. I NEED TO SPEAK WITH YOU. THANK YOU.

I’m not sure if the policeman understood what any of that meant but minutes later, he returned to us looking very bemused and acting very differently.

For the sake of our non-Ghanaian readers, let me simply explain that a ‘VANDAL’ is an alumnus of Commonwealth Hall, the all-male Hall of residence at the University of Ghana. VANDALS have a strong association, on and off campus.

The policeman ushered us through the plush colonial edifice into the living room from where we could see Mr. Yankah at the dinner table. Instead of letting us wait, he asked us, 3 complete strangers, to join him at the table. We sat down and briefly told him our mission while he was still eating! He asked us to go see William Des Bordes, aka Lovin’ Cee who was apparently the one on the ground doing the legwork. I won’t bore you with the rest, but this is how I met this man.

Before all of this, Kojo Yankah was a household name, in literature and some related areas. I had read his book ‘Crossroads at Ankobea” in St. Peter’s Secondary school as part of the curriculum for Literature-in-English, not to be confused with English Literature. Thus, most folks who had been to any secondary school around that time would have encountered his work and name at some point.

He was a one-time editor of Ghana’s widest circulated newspaper, the Daily Graphic, a rather coveted position, especially in those days. He would later assume another position as the Director of the Ghana Institute of Journalism.

In 1992, he ran for and won the parliamentary seat for Agona East. In 1998, the Jerry Rawlings government appointed him regional minister for the Ashanti Region after which period he went on to establish the Africa Institute of Journalism and Communications, which has grown to become the African University College of Communications, an affiliate institution of his alma mater the University of Ghana.

After leaving office as the Regional Minister he seemed to have gone off-radar a bit, but thanks to social media, we continue to benefit from Kojo Yankah’s ideas.

As is to be expected, not everything he posts gets unanimous applause, especially in this very polarized political environment. For example, when he suggested that it may be a mistake for former President John Mahama to run again in the next election, even some in his own party responded very angrily. But sometimes, it takes a complete moron to criticize what he shares.

For example, he posted on Facebook on Saturday, September 8, 2018:

KILLING OUR FUTURE SLOWLY 🙄
I get really concerned, like others, about the future of our youth and people. Sometimes, l get convinced that the energies and attention of our people, particularly the youth, have been diverted to politics by agenda setters, including politicians and the media, for a purpose: NOT to know much or worry about the harsh realities facing us as a people.
In 2013, civil society organizations like Food Sovereignty Ghana, Catholics Bishops Conference, the Coalition for Farmers Rights, and the Convention People’s Party and various individuals kicked against the introduction of Genetically Modified Organisms (GMO) technology on our farms. Government ignored them and pushed through the Ghana Biosafety Act. It was all against the heavily researched and proven evidence that GMOs are health hazards. Under the influence of Multinational Corporations, GMOs are forced on the poor farmers of Ghana, while many other countries in Asia and the Americas have opposed the introduction of the technology.
This year Researchers concluded that GMOS have been responsible for the ‘massive increases in public health and poor quality of life around the world’.
Today, 65 Civil society organisations including 37 from Ghana, 11 from Africa and 17 from outside Africa have researched and are telling Ghanaians that the $10bn. bauxite development in Ghana’s forests around Kibi and Nyinahin has very serious negative ecological, economic and social impact on Ghana as a whole. ‘A cost-benefit analysis of alternative uses of the Atiwa Forest found that conserving the forest intact and creating a National Park at Atiwa with a supporting buffer zone would result in a cumulative value of $11.57billion over 30 years compared to $10.17bn brought by mining and logging activities’, the study says.
Our rivers, the source of our livelihood as a people, are in danger. From the Western Region, Physician Regional Minister Dr Kweku Afriyie, is lamenting that the negative social impacts of illegal mining is UNDERREPORTED. Apart from the massive pollution of River Pra and River Ankobra, and its environmental degradation, addiction to cocaine and abuse of drugs has become rampant.
Talking about Tramadol effects ? Why don’t we just ban it ?
With our rivers poisoned, our food contaminated with GMO technology, and our youth on drugs, aren’t we sadly ‘killing ourselves and our future’.
Who says IMANI and other CSOs are ‘too known’ ?
It is members of civil society organisations or individuals who turn into politicians to make the laws.
Let the media and public opinion turn serious attention to these Unrereported areas and help save our Future !!!

My comment: Erudite!!! Proud of you V-Mate… this should be published for everyone to read.

And I think that is just what happened.

I also hope you didn’t just read but have “taken the seed” out of what he’s saying. The GMO threat is very real and is one of the very few areas both sides of the political divide are united on. As a matter of fact, the only other issue I know of is legislative remunerations and benefits. If people like Kojo don’t speak up, as he has done, we may wake up one day and find that the obnoxious Plant Breeders Bill has actually been passed on our collective blind sides and our farmers are going to Europe to buy seed to plant.

Some great men are – to borrow his parlance – Unreported. And platforms like these are there to shine a light on a great statesman Kojo Acquah Yankah. 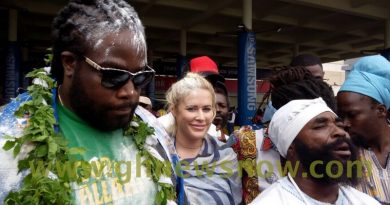 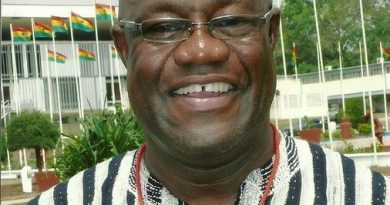 GJA Only Interested In Awards, Not Welfare Of Members -Fritz Baffour 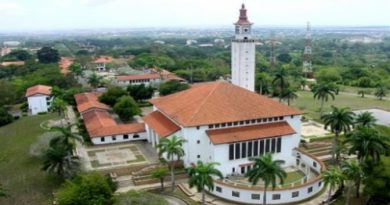