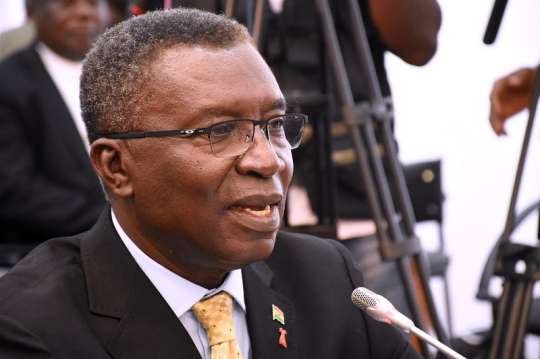 After a hangover from the previous nights merrymaking, I woke up on Monday January 1st 2018 to the sound of a speech that made my 2018 start just right. I heard you addressing the audience at the 37th Annual Kristo Asafo Technology Exhibition.

Mr. Minister, your speech sounded good, I must admit… if we don’t take it as one of those ‘sake-of-the-moment’ speeches. Hopefully it is not because if it is, then, shame. The mid-to-long term vision is well placed. From the setting up of the Science and Technology advisory council to advise the President on all matters SciTech, to the setting up of the Science, Technology and Innovation fund (STIF) into which the President, according to you has plans of investing 1% of GDP are all very laudable plans. But what seems to be lacking for me Sir, is what exactly the government is going to do for this icon who is well placed to significantly affect the economy and development goals of the country in a positive way. His company has the capacity to do a lot more than they are being invited to do. Of course I am speaking of Apostle Kwadwo Safo, inventor of the Kantanka automobile and other industrial items.

I couldn’t fail to notice that even though Apostle Safo made direct requests of your government, the response seemed more generic and painfully reminds me of the lip-service government after government has paid to this genius. The very fact that this is the very first time a Head of State has graced the occasion is itself a shameful indictment of our propensity to pay empty words to our heroes.

Apostle Safo was very specific in the kind of help he wants from the government. He asked for support to establish an institution to rally similar genius and train them but your response, Mr. Minister, albeit sounding hopeful overall for the country seems to steer away from the requests put forward by the gentleman.

Apostle Safo doesn’t just make cars and other machinery. He has advanced knowledge on crop and animal science. He has demonstrated success in techniques that improve crop and livestock yields. In these times when Ghana is under pressure from multinationals to accept GM technology which as we know it would not benefit the nation, wouldn’t it be a good idea to invest in the ideas of Apostle Safo to ensure food security devoid of the reliance on these carnivorous multinationals?

In this day and age when ‘Dumsor‘ seems to be over but we all know it’s a lurking reality, would investing in a ‘Made In Ghana’ solar panel system, such as the one displayed at the event, to power government and other offices (for a start) be good idea or not?

I have seen governments visit the gentleman and give speeches the likes of which you gave Mr. Minister, but whether it is as a result of lack of ideas or simply an unwillingness on the part of government to harness our own potential, I cannot say. What I can say is that the President’s new vision of ‘Ghana Beyond Aid’ which has received acclaim the world over and has become a clarion call for other developing nations is very much aligned with the kind of things Apostle Safo is doing. As the President said himself:

Apostle Safo is at the forefront of that indigenous technology that your boss speaks about Mr. Minister. It is there for your taking. The Elders say if a blind person threatens to stone you, he probably has a stone in hand or is standing on one. So when my president stood in front of the French president and boldly declared his ‘Ghana Beyond Aid’ policy, not only did it make me proud, but I kind of knew where his confidence was coming from. After all, with a more sensible World Order in place and with all the resources at our disposal, why should countries like Ghana have to go begging and borrowing? But if we only speak about it because it looks good on paper and provides great sound bytes, but lack the requisite political backing in terms of policy formulation and an overt support for assets like Kwadwo Safo then we are only behaving like the man who bought 99 horses for his in-laws but only has the borrowed one he is riding to show.

The Elders say if a blind person threatens to stone you, he probably has a stone in hand or is standing on one. So when my president stood in front of the French president and boldly declared his ‘Ghana Beyond Aid’ policy, not only did it make me proud, but I kind of knew where his confidence was coming from

I know the government (your ministry) is more than capable of coming up with practical and tangible ideas on this subject. But if it doesn’t hurt your ego, may I suggest a few ideas? These ideas, while fitting with your already stated medium to long term goals, will also address the requests put forward by Apostle Kwadwo Safo.

1. Government should commission Kantanka to supply vehicles for the Ghana Police, Fire and Prisons Services. Also, with time, other government agencies including the National Service Administration and the District and Municipal authorities. This will create an unprecedented availability of jobs…jobs…jobs… for the youth and save the taxmoney we use to buy MERCEDES BENZES, FORD EXPLORERS and LANDCRUISERS.

2. Government should present one Kantanka Limo each to the Paramount Chiefs across Ghana to use ceremonially. This will promote the prestige of the car as well as lead the charge for the patronage of Made In Ghana goods.

3. Instead of car loans to the ministers, deputy ministers and Members of Parliament, government should sign off on a commission to produce special release vehicles for them. The monies spent on importing 110 Toyotas for 110 ministers, another 110 for their deputies and yet another over 100 for MPs could be conveniently deployed to fund the factories and other requirements for the manufacture of these vehicles. Seriously, if our leaders do not patronize these cars, who should?

4. Ministry of Tourism should collaborate with the Kantanka outfit to create an auto museum where the genius of Ghanaian youth across the length and breadth of the country will be displayed and hold an annual Indigenous SciTech Expose. I suggest this museum be sited at Kumasi ‘Magazine’ and affiliated with the Kwame Nkrumah University of Science and Technology (KNUST).

5. The Kantanka outfit be liaised more with the KNUST and the Polytechnics to provide a clear path for Engineering students who want to develop a career locally to ensure a continued supply of genius beyond Apostle Safo.

6. Government (Ministries of Tourism and Finance in conjunction with other relevant ministries) leads a plan to liaise with the Ghana Private Road Transport Union (GPRTU) and other unions to introduce Kantanka vehicles as branded tourist-friendly taxis in the regional capitals and other big towns and cities. The government can guarantee loans for these unions to acquire the vehicles, which produced locally would keep the money at home and create unprecedented employment opportunities.

8. Government engage entrepreneurs and IT developers to create a buzzing avenue for software based commerce centered on the use of the Apostle’s inventions

Other radical ideas like replacing most government fleets with Kantanka vehicles could be considered at a later date depending on the success of enrollment. But I believe these ideas, when implemented properly with the right degree of political will will do a lot for the ‘Ghana Beyond Aid’ policy and by extension the development goals of the country.

PS: The gentleman donated some Kantanka cars to your boss and the Okyenhene, both of who came to his event in a Mercedes Benz and Toyota Landcruiser respectively. Tell them I said Shame! 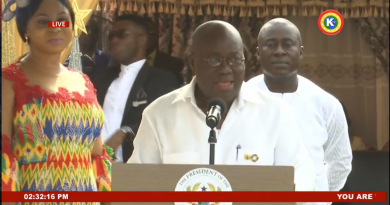 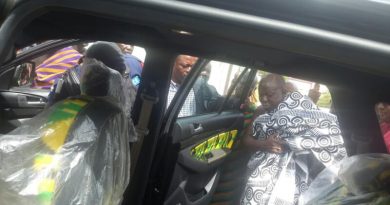 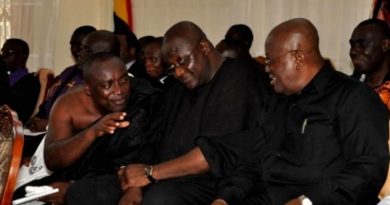