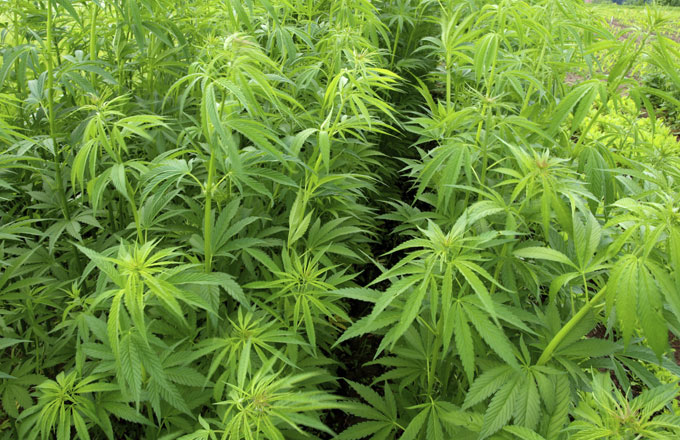 The Rastafari Council of Ghana has issued a statement backing calls for the legalization of Cannabis in the country and to consider commercial production of the plant. In a statement signed by the Chairman of the Advocacy Committee, Khex Dan Pongo, the Council said it is high time the country revisits its laws to accommodate the lawful production and exportation of cannabis.

The statement said CEO of the Ghana Standards Authority, Professor Alex Dodoo’s recent call in this direction adds to calls by a list of eminent persons on the same subject, including former United Nations Secretary General; Kofi Annan and former CEO of the Narcotics Control Board of Ghana; Akrasi Sarpong.

Under Ghanaian law, the importation, exportation, possession, cultivation, manufacture, supply, use, and administration of Marijuana (Cannabis) is NOT UNLAWFUL, if it is so done under lawful authority. The legal provisions specified in the Narcotic Drugs (Control, Enforcement and Sanctions) Law, 1990 (PNDCL 236), Sections 1, 2 and 5 state the requirement of lawful authorization for the undertaking of the above endeavors, and set forth the mandatory requisition of license to be granted by the Secretary of Health (Minister of Health). Hence, no legislative restrictions can justifiably fetter the sovereign right of the government of Ghana to grant licenses to croppers in pursuance of its legitimate economic interests.

The enactment of PNDCL 236 stems from Ghana’s ratification of the United Nations Convention on Narcotic Drugs and Psychotropic Substances, which corporate body (UN) was posthumously headed by Kofi Annan – the very person whom after nearly three decades since the passage of that law, is calling for its reformation to conform to the exigencies of the times.

The Council entreats the public to observe, that with the exception of Ghana, nearly all of the 87 countries which are signatories to the treaty and its 189 parties, have ratified the convention under reservations; that they will not be bound wholly by the Convention where their constitutions and national interest are at stake. Chief among the several reservations made by the United States of America to this treaty was the right to derogate from the treaty where the “essential interest” of the United States was at stake. The 1992 Republican Constitution of Ghana imposes as a primary obligation on government the responsibility to protect the economic interest of Ghana. Hence, no treaty, however expansively formed can usurp the supremacy of the Constitution of Ghana.

THE ECONOMIC IMPERATIVE FOR GHANA.

The Global Marijuana industry is a multi-billion dollar market with values projected to exceed $300 Billion dollars by end of 2020. According to the 2005 United Nations World Drug Report, the total value of world’s marijuana market is $141.80 Billion. 164 million people use marijuana around the world for medicinal, cosmetics and recreational purposes.

Marijuana yields nearly 60 times more crops per acreage in comparison to Cocoa. In 2016 while the World Market Price for Cocoa stood at $1,914 dollars per ton, Marijuana commanded a whopping $2,500 dollars per pound! Considering, that much of Ghana’s arable lands are conducive to the cultivation of Marijuana with a gestation period of just 4 to 5 months, Marijuana holds the potential to outstrip Cocoa, Gold and Oil in net revenue in less than 6 years. As government sets out to secure funding for its mass youth employment and economic transformation programs under the Planting for Food program, One District One Factory, One Village One Dam and Free Senior High School policy, it must not overlook the tremendous boost which revenue from Marijuana export could offer without aggravating our national debt stock.

It should therefore not come as a surprise that nearly all the countries that signed on to international protocols which restrict the commercial production of Marijuana, are re-enacting laws to tap into the immense economic potential that this crop offers. In keeping with the spirit and express provisions of the 1992 Constitution, the Rastafari Council urges government to jettison all legislative impediments to its just and legitimate obligation to secure the economic interest of Ghana, and create jobs for its teaming unemployed youths.

In a country where a large chunk of the productive youth are incarcerated for simply possessing a few grammes of marijuana, while tax payer monies are spent on keeping them incarcerated for up to 10 years (and even more in some cases), it is really time not only to consider the commercial benefits of the plant but also to revisit the oppressive laws associated with its possession and use. 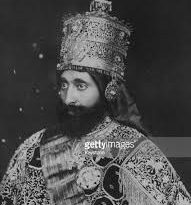 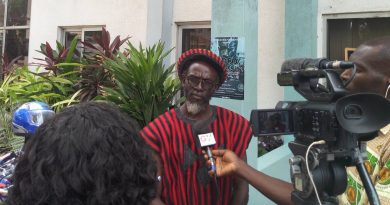