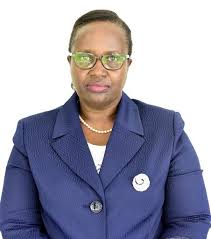 Ugandan High Court Judge Susan Okalany was on Thursday bestowed Prosecutor of the Year award in Beijing, China by the International Association of Prosecutors (IAP) to recognise her distinguished role in the prosecution of the 2010 Kampala bombing suspects.
Justice Okalany, currently based at the High Court in Mbale, led a team of prosecutors, guided investigations and conducted prosecutions in the terrorism case arising from the July 2010 Kampala bombings that left 76 dead.

The bombing affected victims from Uganda, Ethiopia, Kenya, Ireland, Sri Lanka, India and the US.

Fifteen defendants were extracted from Kenya, Uganda, Tanzania while investigations stretched from the East African region to Somalia, United Kingdom and USA with 82 witnesses called.
The case is billed by the Office of the Director of Public Prosecutions due to its magnitude as the first major terrorism case successfully prosecuted in Africa with 82 witnesses from four countries including 28 from Kenya, four from Tanzania, six from USA and the rest from Uganda. 356 physical exhibits were used in the case that involved extradition of two suspects from Tanzania, making of several Mutual Legal Assistance requests to Kenya, Tanzania, USA, Somalia and UK.
On May 26, 2016 after 11 months of a marathon trial, then High Court judge and now Deputy Chief Justice Alphonse Owiny Dollo convicted eight defendants who were directly involved in scheming the evil attack on fans watching the World Cup final game at Kyadondo Rugby Grounds and Ethiopian Village in Kabalagala, near Kampala City centre.

The Director of Public Prosecutions (DPP) appointed the late Joan Kagezi and Mr Lino Anguzu to assist police with the investigations and the team identified the conspirators, zeroed down on the recruitment of an operational cell in Somalia, transfer and storage of suicide vests and improvised explosive devices from Somalia to Uganda through Kenya.
Fifteen individuals from the three East African countries were arrested and indicted with over 90 counts of terrorism, murder and other related offences.

Two of the suspects pleaded guilty and cooperated with the state to incriminate others. In 2016, Kagezi was gunned down en route her home in a car with her children but police is yet to present suspects it claimed to have netted for the assassination that shook the conscience of the nation, to court.
Justice Okalany was subsequently appointed to take over the case assisted by Mr John Baptist Asiimwe, Mr Lino Anguzu, Mr Thomas Jatiko and Mr Rachel Bikhole, at a time prosecutors were scared to the bone marrow to handle terrorism related cases.

The DPP Justice Mike Chibita in his nomination of Justice Okalany persuaded the IPA thus: “Susan exhibited tremendous courage, tenacity, professionalism and ingenuity in guiding the investigations, case preparation, international cooperation and case presentation. All these against the backdrop of constant threats to her life, her team and loss of a dear colleague.”
The IAP Prosecutor of the year award, Justice Chibita said, is not only a befitting tribute and honour to Justice Okalany and the memory of Kagezi but also to the many countries who contributed to the successful prosecution.

Justice Okalany had a stellar career at the DPP’s office, prosecuting another high profile case that led to the conviction of Jacqueline Uwera Nsenga for the murder of her husband and businessman a few years ago, when she ran over him with a car at his gate at the upscale suburb of Bugolobi.
The case was as intricate in its facts and issues as it exposed the underbelly of Uganda’s criminal justice system, pitting two politically connected families against each other.

The convict is an in law to police chief Gen. Kale Kayihura who as it emerged in court, attempted to insulate his wife’s cousin from trial and assigned then deputy director criminal investigations, Mr Geofrey Musana to appear as a defence witness while the family of the deceased enjoyed a long cordial relation with former DPP now Justice of the Supreme Court Richard Butera and reached out to President Museveni to intervene in the matter. Justice Okalany successfully secured a conviction. 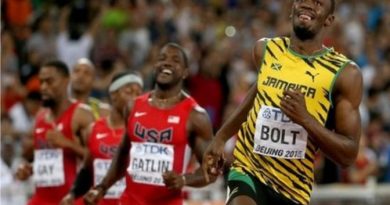