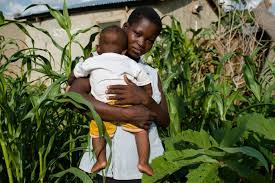 The Amansie West district Education directorate has commenced a counseling session for parents in the area in order to curb a rising menace of child betrothing.

Several parents, according to the Amanse West District Director of Education, Dora Atigbire, offer their underage daughters to  older men on  condition that they send them to school and marry them afterwards.

This development, according to the educational directorate, is affecting the academic performance and interest of girls in schools.

Speaking to Isaac Bediako Justice, Madam  Atigbire said the development is worrying and must be addressed immediately

“What I have realized is that some of them even loan the girls out to men who promise paying their school fees and taking care of them and after graduation,  marry them as their wife.

“So in effect, they will stay with this men; cook for them and do everything like a wife, and after that their fees were paid,  and at the end they are to marry the men because of the services that have been done for them,” she stated.

She added that teenage pregnancy is also on the rise in the district because the young girls are willing  to offer themselves to men who are capable of buying them food.

“They told me that the men provide them with Ndomie, fried rice, coke and bread, and that’s how they sleep with them mostly without any protection”.

Across the globe, millions of boys and girls are betrothed so young they spend the majority of their adolescence already married.