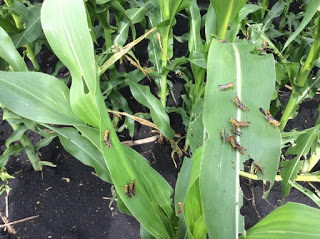 The breeding of Red Locusts and African Migratory Locusts in Malawi, Tanzania, Mozambique and Zambia is likely to affect food security in East and Southern Africa.

According to Wikipedia, red locusts are large nomadic grasshoppers which are mostly found in Sub-Saharan Africa while the African Migratory Locust is mainly found in Africa south of the Sahara Desert and its main breeding ground is along the Niger river in West Africa.
The two locusts are a huge threat to the region’s food security and their spread across the four countries are likely to cause massive losses to farmers especially that their main target maize (corn) is the staple food for many people.
Already, Malawi has a food shortage and last year, the southern African country imported 100,000 metric tones of maize from Zambia. This maize deal was however marred with irregularities leading to investigations in both countries.

Malawi imported the maize from Zambia and an additional amount from Romania due to a food crisis in that country.

The two pests invading the region, Red Locusts and the African Migratory Locusts, destroy every green vegetation in their route and they cover hundreds of hectares on a daily basis when they are at the peak of their invasion.

According to aerial survey results by the International Red Locust Control Organization for Central and Southern Africa (IRLCO-CSA), there is an upsurge of the two species of locusts in the region.

“In Malawi, we have identified two breeding areas, Mozambique has two breeding areas and in Zambia, the locusts are breeding in three areas but only two are active,” said IRLCO-CSA Director Moses Okhoba in an exclusive interview at the organisation’s headquarters in the Zambian city of Ndola.

Mr Okhoba named the two active breeding grounds as the Kafue flats and the Lukanga swamps, both in Zambia’s Central Province.

He warns that if the locusts are not controlled in the four countries, they can cause unimaginable damage to food and possibly increase poverty.

Maize is grown along the rivers and streams an the coming of the locusts has sent shivers among farmers who fear that the pests will wipe their crop.

“The good part is that in the 22 day survey we did with our officers on the ground and aerial survey, we found that the locusts are at the hopper stage and they are immobile, meaning we can control them. What we don’t need is for them to grow and start moving,” he added.

Within February, IRLCO-CSA officers surveyed 240,000 hectares of land in Zambia and they found both Red Locusts and African Migratory Locusts breeding.

During the survey, it was discovered that 76,000 hectares had been invaded by the locusts.

This led the organization to issue an alert to its six member countries: Kenya, Tanzania, Zambia, Malawi, Mozambiaque and Zimbabwe.

According to Mr Okhoba, other countrues are expected to make their contributions in the coming weeks so that the IRLCO-ESA can extend its prevention activities to other affected countries.

This past week, the organization dispatched its helicopters to the Kafue and Lukanga flats in central Zambia for aerial spraying.

3,600 hectares of land was sprayed to kill the breeding locusts within four days.

This was despite the fact that the affected area is partly in the Kafue National Park which has dense thickets which are full of wild animals.

Environmental activists fear that the aerial spraying can pose a significant danger on the environment as well as living organisms, especially if it is not properly done.

“In as much as the red locust invasion of maize field in the Kafue flats is indeed a regrettable occurrence, It is still very important to question the quality of the aerial spraying process.  We must understand that there is more to it than just protecting maize from damage,” said Young Volunteers for the Environment Executive Director Muyunda Akufuna in an interview.

He added that the impact of aerial spraying is very difficult to control because wind can always dictate the direction of the chemicals.

“This results into off-target effects on plants, effects on humans, effects on aquatic organisms as well as effects on terrestrial organisms. I wouldn’t say I’m against agricultural aerial spraying; it’s just a matter of doing the application correctly, at the right levels and during the right time of year,” said Mr Akufuna

About 10,000 hectares of maize field close to the two affected areas would have been invaded by the locusts if they had matured to levels were they would have started moving around.

“From planting a seed, a farmer awaits for his harvest with great expectation and when disaster like this happens it’s really a great loss. As a farmer myself this is so painful,” said Prince Mnisi, a farmer who has been planting maize for a number of years.

Another large scale farmer Gracious Hamatala said: “Red locust are the latest disaster for the people of Nalubanda area in Mumbwa who are still battling with the fall army worms and stalk borer which also came after the black beetle. The good vegetation has also come with a lot of tick borne diseases and the farmers are losing their wealth.”

Mr Hamatala, who is also the Mumbwa District Council Chairman, said he had been engaging farmers, the community and agriculture extension officers over the matter.

He recently toured a number of farmers that have already been destroyed by the locusts.

The large part of the locusts are still breeding, prompting the IRLCO-ESA to send a small team of motorized officers to spraying fields in Mumbwa, Itezhi-Tezhi and Namwala districts.

These officers have been spraying areas of between 45 and 50 hectares a day.

And in the past days, over 450 hectares of land near farmland has been sprayed, saving maize crops which are a lifeline for many.

“With all the support we are receiving from the Zambian government, we expect to contain the locust outbreak in Zambia by March,” said Mr Okhoba.

Maize is Zambia’s staple food and the decline in annual yields may affect the country further by increasing poverty levels which are already high.

In December 2016, Zambia was hit by an outbreak of the fall army worms and stalk borers which destroyed hundreds of thousands of maize fields.

On 16 December 2016, this blogger broke the story on army worms.

At the time, the International Red Locust Control Organisation for Eastern and Southern Africa warned that 40% of Zambia’s crop maybe destroyed if quick action was not taken to contain the pests.

With this warning, the country’s food security was at stake and Zambia’s President Edgar Lungu deployed the Zambia Air Force, the Disaster Management and Mitigation Unit and the Ministry of Livestock and Fisheries to supply chemicals to six of the 10 provinces affected by the pests.

On January 6, the Ministry of Finance released K30 million (US$3 million) for the fight against the fall army worms which scientists suspect originated from the Americas and came to Africa through trade.

The destruction by the fall army worms and stoke borers was farmers to replant their maize and most of them replanted late and they may have reduced yields when they harvest in April.

This invasion has since been contained.

The fall army worms also caused destruction in neighboring countries such as Zimbabwe.

In 2013, Zambia had its first case of army worms and thousands of hectares of maize were destroyed.

However, the species which caused damage in 2013 was the African Army Worm which is less destructive than this year’s pest the Fall Army Worm.

Story: By Paul Shalala in Ndola 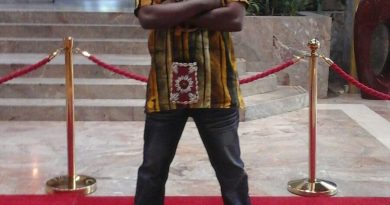