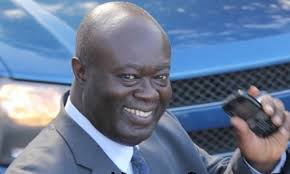 A former Member of Parliament for Asokwa, Maxwell Kofi Jumah, has described as ridiculous calls by the Coalition of Concerned Teachers (CCT) on the incoming New Patriotic Party (NPP) administration to restore teacher trainee allowances within its first 100 days in office.

Speaking media on Thursday 15 December, the president of the coalition, King Ali Awudu, said teachers voted for the NPP to restore the allowances and believed in the party’s capacity to do so within the first three months of assuming office.

At the time that they were telling us that they would restore the allowance, the outgoing government, led by John Dramani Mahama, was also telling us that if it is the teacher training allowance that he needs to restore in order to gain power then he will lose it, and indeed he has lost it. So what it means is that we have voted for the NPP massively.

If you monitored the polls you would realise that in almost all the 38 teacher training colleges, the NPP won. So what we are saying is that as soon as they resume office from 7 January, at least within 100 days, we should see the restoration of the teacher training allowance,” he said.

In a quick reaction on the same show, Mr Jumah said it was unfair on the part of the coalition to give the NPP an ultimatum.

“Nana Akufo-Addo made a promise and it spans four years …but to put a gun to his head and give him an ultimatum of 100 days, that is what is ridiculous… If they know how to give ultimatums, I think that they should redirect their ultimatum to the previous government,” he stated.

The former CEO of Kumasi Metropolitan Assembly (KMA) explained: “No government can act without first going through parliament for financial support. They (NPP) have to put up a budget. A budget basically is an outline of what we intend to do and we present it to parliament. Parliament will have to go through and approve it then you can begin to execute what your plans are.”

He added: “I was expecting enlightened people to suggest that we expect Nana Akufo-Addo to put together a budget that will guide his administration so that he will be able to implement some of the things that he said he would do and that would have been a more enlightened approach, but the way they are stating it, they look like a bunch of ignoramuses: they don’t know anything, they are ignorant people. It’s even unfair for them to come out like that.”