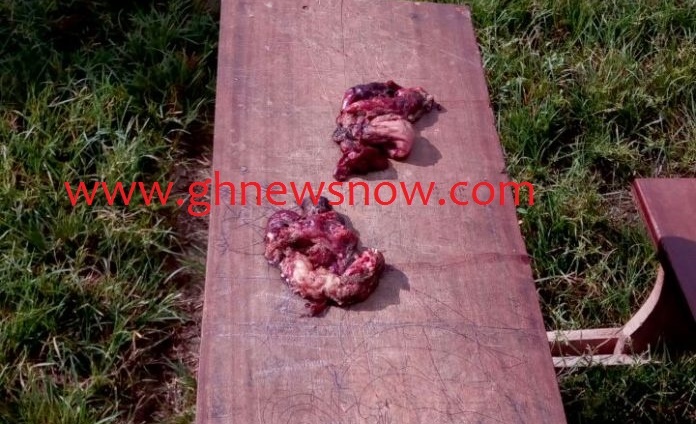 Information gathered by ghnewsnew.com indicates that, the Management of  Awosoase D/A Primary School in the Atiwa East District of the Eastern Region  has closed the students of the school for today’s activities due to a suspected meat believed to be  human meat found in one of the classrooms in the morning.

According to an eye witness,  teachers  of the school were so amazed when they cut a glimpse of their eyes on the alleged human meat. Rumors emanating from residents of the town indicate that the meat was left there overnight by witches who came there to hunt.

Mr Odoi Samuel an elderly person and member of the parent teacher association said at his age, he has not seen meat of that sort before “explaining it does not look like the remains of an animal but it is likely to be human meat”.

He however said he suspects the whole incident is the intent of people who are scheming to tarnish image of the school.