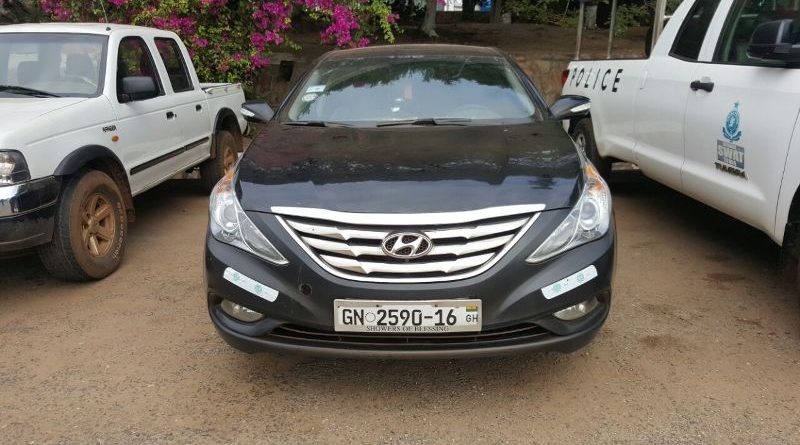 A policeman riding on a motorbike has shot and killed a 32-year-old fleeing carjacker who was granted bail by a Tema court for the same offence.

Richard Opoku, according to the Tema Regional Police Command, was being investigated for an earlier crime of carjacking when the Tema court granted him bail about a week ago.

Richard Opoku was shot and killed Sunday October 2, 2016, at Katamanso where he tried to escape with a Hyundai Sonata saloon car with registration plate GN 2590-16, property of one Suraj Umar.

Four other passengers onboard the vehicle with the deceased managed to escape, and briefing the media, Assistant Superintendent of Police (ASP) Juliana Obeng, Tema Regional Police Command Public Relations Officer (PRO), said the incident happened when police got information that the Hyundai Sonata saloon car had been snatched from Suraj Umar. 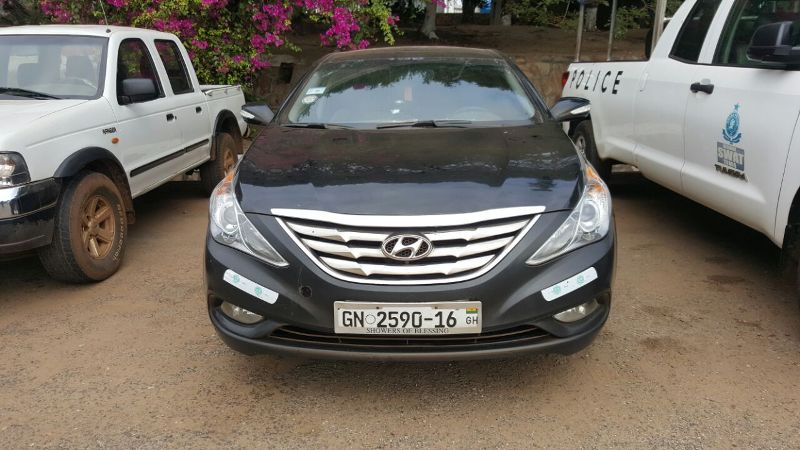 The car was stolen from Suraj at gun point at 7pm at the Titanic Beach at Sakumono where he was cooling off with his girlfriend.

While in the car, ASP Obeng said five men, with two in mask and wielding a locally manufactured pistol, appeared and instructed the two lovebirds to get out from the vehicle for some business deal.

Immediately, Suraj and his girlfriend were dragged out of the vehicle and led to a far distance along the shore where they were abandoned, ASP Obeng narrated. 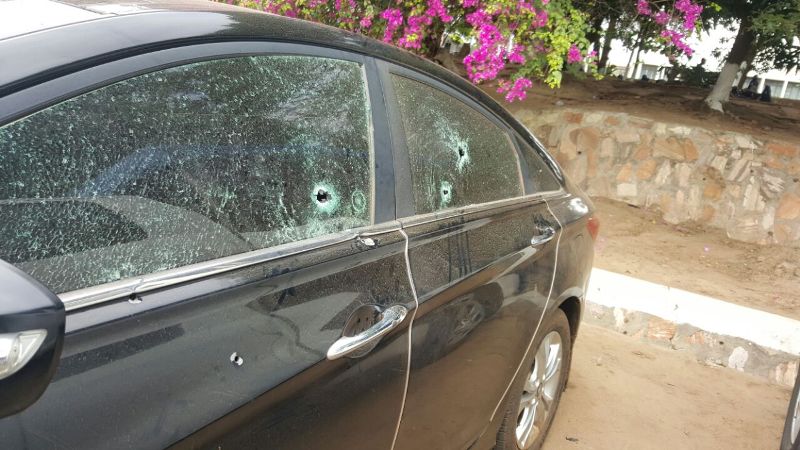 Later when he arrived at the spot where he had parked his car, Suraj realised that the car had been stolen, consequently, he immediately lodged a complaint at the Community ‘2’ Police Station.

ASP Juliana Obeng said police patrol teams and snap check points were alerted and went on the lookout for the car.

“A few hours later, a snap checkpoint at Katamanso spotted and signaled the driver of a Hyundai Sonata saloon car that fit the description of the jacked car with passengers on board, to stop.

“The driver rather sped off,” she explained.

She said a police officer detailed for that snap checkpoint pursued the car with his personal motorbike until the driver of the saloon car, in an attempt to escape from police, knocked down the police biker into a ditch.

The five occupants of the car including the driver, got out from the vehicle and took to their heels amidst firing gunshots at the police officer.

“The officer returned fire when he realized his life was in immediate danger, and in the process, shot the deceased, Richard Opoku, the driver. His four other accomplices managed to escape.”

The police retrieved the vehicle with a machete and a mobile phone.

ASP Juliana Obeng said, “Police investigations revealed that the deceased, who was a leader of the gang, was an ex-convict who was granted bail by a Tema court about a week ago for the same offence of carjacking that was being investigated by the Tema Regional Police Command.”