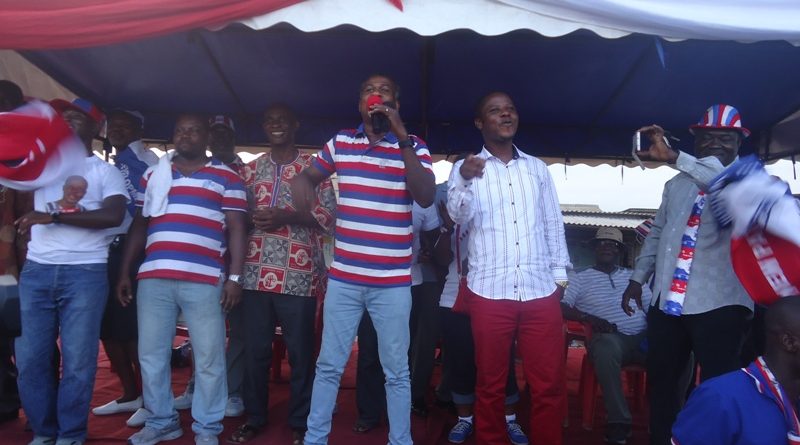 Ghana’s famous hi-life artiste, Lucky Mensah, says Ghanaians will wail economically should they give President Mahama and his government another four years after demonstrating their Doctor of Philosophy (PhD) in incompetence and lies.

He explained that the incompetence and lies of the National Democratic Congress (NDC) were immeasurable and incomparable, adding that it was no wonder that they had clearly shown it in their last eight years.

Lucky Mensah said, “I am glad I have come to know them and what elements they are made of, and so I quietly disconnected myself from them.”

Lucky Mensah was a guest to Sylvester Tetteh, Saturday, at Old Ningo where the latter held a rally to officially outdoor himself to the supporters of the New Patriotic Party (NPP) after he had filed his nomination forms to the Electoral Commission (EC), as the parliamentary candidate for the party in the Ningo-Prampram Constituency. 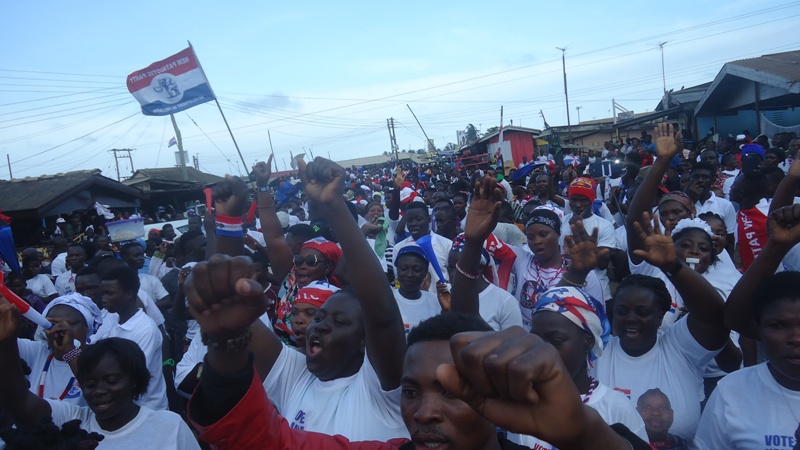 Receiving thunderous cheers from the large supporters, Lucky Mensah said before the NDC would win power in 2008, they were holding a diploma in lies but Ghanaians did not know it.

“They quickly obtained their PhD when we gave them our votes and since 2009, the NDC should tell us what single thing they have been able to manage.

“The NDC’s incompetence and lies have agitated public sector workers to continue to demand their salaries or provision of logistics to enhance their operations.”

He said the economic hardship in Ghana was another evidence of the NDC’s PhD in incompetence “yet they will tell us there is economic growth…they do not go to the market with us so they say what they have mastered in—family economic lies.”

Lucky Mensah said Ghana would be plunged into another years of erratic power supply should they mistakenly vote President Mahama and the NDC.

The erratic power supply, he said, was not totally over.

He said an NPP government led by Nana Addo Dankwa Akufo-Addo, with support from a brainy team of Members of Parliament (MP) including Sylvester Tetteh, would get Ghana working.

Sylvester Tetteh, for his part, told the crowd that the NPP should not succumb to the intimidations of the NDC going into the December 7 elections.

He said any development Ningo could boast of was provided under the tenure of the NPP government “and we are all witnesses to the fact that the NDC cannot touch on anything they have done in Ningo.”

He called on the electorates to vote out the NDC and President John Mahama for neglecting Ningos and plunging Ghanaians into abject poverty.

He said, “Your massive turn out to my official outdooring gives me the hope and confidence that the road to change has begun for Nana Addo and me.”

Sylvester Tetteh said Nana Addo and the NPP would give Ghanaians selfless leadership and strong economic policies that would see Ghanaians living happier as they did when John Agyekum Kufuor was president.

“The NPP will revive all the dead social intervention programmes the NPP started which this NDC government has supervised their collapse,” Sylvester Tetteh said. He said he would soon launch his campaign.