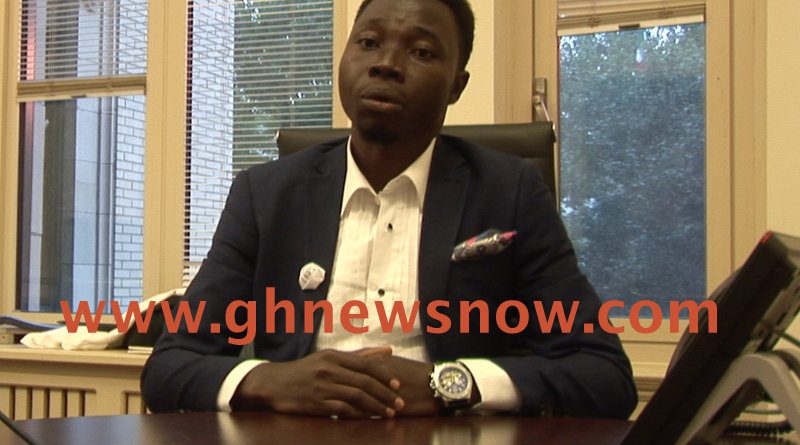 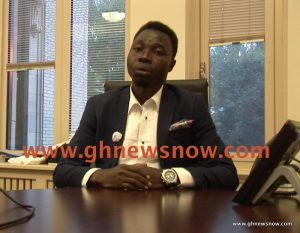 The parliamentary candidate for the Progressive People’s Party (PPP) for the Ofoase Ayirebi constituency, John Obiri Yeboah says the New Patriotic Party (NPP) stole his slot for renowned radio  personality Kojo Oppong Nkrumah. Obiri Yeboah, who has since left the NPP says this among other reasons is why he left the NPP for a more welcoming PPP.

Speaking exclusively to Ghnewsnow, John Obiri Yeboah said not only did the NPP do him wrong by sidelining him for Kojo Oppong Nkrumah but they also threw him out of the party when he complained about the injustice done to him.

He said he had been a Patron; sterling member of the New Patriotic party, not only contributing ideas and energies but also substantial amounts of money and other material resources to the party but during the primaries, the party connived to skew the elections to allow Kojo Oppong Nkrumah to be be elected as the representative for the parliamentary elections. He said contrary to the set rules for conducting the primaries, the polls in Ofoase Ayirebi were closed at 11am and results declared at 11.30am. He said the the counting process itself was conducted in a questionable manner leading to Mr. Oppong Nkrumah being declared the winner and thus being endorsed to represent the NPP in the general elections instead of him.

Obiri Yeboah said he was further disappointed when Kojo Oppong Nkrumah refused to call or visit him to console him on his ‘loss’ and offer a hand of solidarity to work together for the party and the people of Ofoase Ayirebi.

“There were 3 of us running. Kojo went to the other contestant after the primaries but refused or failed to come to see me. He did not even pick up the telephone to give me a call”, he said.

He said he was ready to accept the results in the spirit of patriotism and allegiance to the party, but when he expressed his disappointment for the way the polls were conducted, he received a message from the constituency party chairman telling him he has been sacked from the party.

“This is why I left the NPP for the PPP, because as the adage goes, if you are sacked from somewhere, you go somewhere else”, Obiri Yeboah said.

He said after he was pushed out of the NPP, he was approached by the PPP on the recommendation of some constituents who know him and his contribution to the progress of the settlements that form the Ofoase Ayirebi constituency. “They were very warm and genuine. I realized I had found a home in the PPP and associate wholly with their policies, so I agreed to stand for the parliamentary seat on the ticket of the PPP”, he said.

The freight forwarder who has been highly praised by a number of citizens from the area for his philanthropic work said he is confident to win the seat in the general elections on the strength of his contributions to the development of the constituency.

“I know the area and its people and they also know me. I don’t think Kojo Oppong Nkrumah even knows the names of all the villages that make up the Ofoase Ayirebi Constituency” he bragged listing the names of the villages in the catchment area. “On the other hand, I have spent my entire life in the area helping with projects like a drainage system in his (Oppong Nkrumah’s) own hometown”.

John Obiri Yeboah is currently on a tour of the United States. He told our reporter he was invited by some citizens of Ofoase Ayirebi living in the US. Last week, he was honored by citizens of Ofoase Ayirebi in New York and will be visiting Connecticut for a similar event in the coming days. He has also met with some high profile Ghanaians including Sandy Amoyaw, the Administrator of the New York Public Libraries and a Member of the Mayor’s African American Advisory Board for the City of Yonkers. He also met with the Mayor of Yonkers Mike Spano and had the rare opportunity of sitting in in a city meeting with the Mayor.

He is being accompanied on his tour by Bismark Adu and Ms Modesta Asante, 2 citizens of Ofoase Ayirebi resident in the USA.