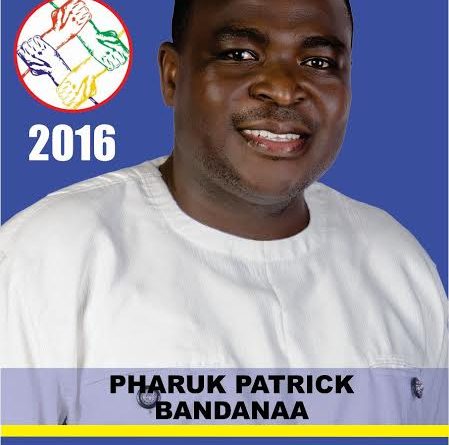 With just a few months to the parliamentary and presidential elections in Ghana, an independent candidate has emerged from the stables of the ruling NDC in the upper west region.

The candidate Francis Pharuk Bandanaa who contested Joseph Yileh Chireh in the NDC primaries at the Wa West constituency but lost is set to launch his campaign in October to try and wrestle the seat from the incumbent.

Mr. Bandanaa whose posters are already out told Ghnewsnow’s Musah Lansah in a WhatsApp chat that he is keeping things under wraps until he launches his campaign on the 10th October,2016.

He contested Yileh Chireh who has been the MP since the creation of the constituency twice and lost but believes that he has what it takes to move the constituency out of its current position as the poorest in the country.

Executives of the NDC in Wa West are yet to comment on the development but if he goes ahead to file his nomination, the race in the constituency will be one of interest to election observers in the country.