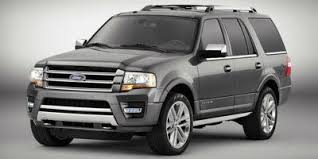 News
September 7, 2016 Isaac J Bediako 0 Comment asking Parliament to investigate The Ford Expedition Gift Saga, by a Bukinabe Contractor Jibriel Kanazoye, donated to The President, motion filed by The Minority New Patriotic Party
Some Civil Society Groups are divided over the motion filed by The Minority New Patriotic Party, asking Parliament to investigate The Ford Expedition Gift Saga, donated to The President, by a Bukinabe Contractor Jibriel Kanazoye, in return of juicy contracts.
The motion was struck out by The Speaker Of Parliament, Edward Doe Adjaho, on the premise that, The New Patriotic Party, erred procedurally, in putting across its petition.
However, The Convener Of Ghana Youth Watch, A Civil Society Organisation, Emmanuel Osei Gyemfi, said, Parliament should have allowed the rule of law to work rather than towing party lines. According to him, The President has nothing to lose if a bi-partisan committee is set to investigate him, having justify himself of doing no wrong in accepting the gift.
Commenting on the allowances taken by The Members Of Parliament, he said, there is nothing wrong with that, considering The Standing Orders Of Parliament. He affirmed that, The MP’s are entitled to those allowances hence the need to take it as enshrined in the Constitution.
But The Executive Director of SYPPA, A Civil Society Organisation in The Ashaiman Municipality, Jonathan Aviseh, is seeking to know how much was paid to both House as allowances.
According to him, The MP’s deserves no allowances. He argued that, The Members Of Parliament did not engage their constituents prior to the reconvening of The House. H stressed that, majority of the MP’s were in Accra even before The Speaker called.
Delving deeper, he rhetorically questioned if the reconvening of parliament was necessary at the expense of the tax payer. He further called on The House, to implore scientific modules to discuss Parliamentary Business when The House is on recess. This he believes will deplete the cost incurred by the state.
Source/ghnewsnow.com/Ibrahim Obeng-Mensah.