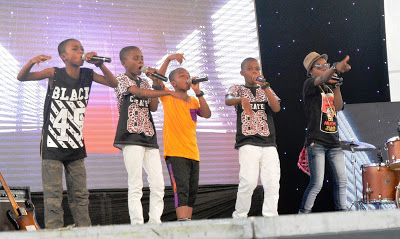 The Catholic Archdiocese of Kumasi, as part of its new ways of evangelization,

has launched a program to provide a platform for the identification, development

and grooming of the creative talents of children in all its seven deaneries.

dubbed “the Catholic Talento Expo,” or “CATEP” in short.

In an interview with the media in Kumasi today, Rev. Fr. Kirk Okyere Siabour, the

Archdiocesan Youth Chaplain explained that the competition is designed to provide

a godly environment to unearth and groom the artistic talents of kids in the church.

He said the program, at the initial stages, is open to baptized children and those

preparing to receive baptism with deep interest and talent in poetry, singing,

Rev. Fr. Kirk Okyere Siabour, who is also the Parish Priest of St. Francis of Assisi

Catholic Church at Buokrom Estate, a suburb in Kumasi, said all the seven

contestants to represent them at the finals of the competition.

“The auditioning phase of the program has already begun with the Kumasi, Suame

and Asaase Deaneries. These deaneries have been the first to have selected their

place at the Abuakwa Parish this Saturday 3 rd September 2016”.

Rev. Fr. Kirk Okyere Siabour stressed that the Catholic Church was moved to

church in manner that was consistent with the values of the Catholic faith.

“For years, even though we know that a lot of our children have hidden talents,

develop these God-given skills, hence this maiden programme” he observed.

Rev. Fr. Kirk Okyere Siabour noted that thanks to Pope Benedict the sixteenth

(XVI), who declared a Year of Faith with a focus on the New Evangelization

Between October 2012 and November 2013. “The church, having been reminded to

find new ways of sharing the faith, has instituted this novel “Catholic Talento

Expo” programme as one of the ways.

He said the remaining Deaneries of South Suntreso, Amakom and Offinso were

Scheduled to have their turn to select their representatives soon.

those deaneries or not.

Fr. said that since the program is designed for kids it has a Slogan: thus, CATEP!

Then the Response shall be Raising Godly Talents!