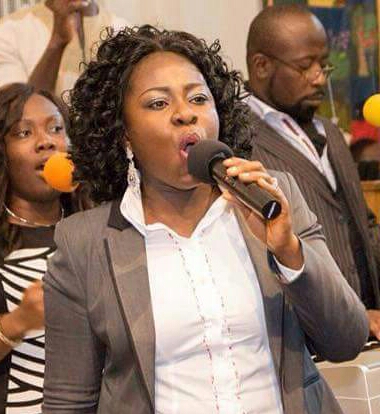 Entertainment News
September 2, 2016September 3, 2016 Isaac J Bediako 0 Comment Garment of Praise, Maame Serwaah, Maame Serwaah's Garment Of Praise, the second album of UK-based Ghanaian Gospel Musician
Garment of Praise, the second album of UK-based Ghanaian Gospel Musician Maame Serwaah has been launched at a colourful ceremony.
The album which was produced by 3G Music Production and recorded at Adehyee Studio in London has seven tracks.
The tracks are “Redeemer,” “Alpha and Omega,” “Papaye,” “My soul will wait,” “Calvary Nkunimdifo,” “Oguamaa Yesu” and “Onukwarefo.”
The launching of the album took place at Dallow Road Community Centre the MCs for the programme were Kweku Afram and Rhoda Asiedu. Other supporting singers who graced the occasion were Naayaah, Peter Wilson and ICC Choir, Suzzie Polley and Lighthouse Chapel Choir.
The venue for the programme was full to its capacity with friends of Maame Serwaah travelling from Spain, Belgium and France to support her.
The first CD was bought at the cost of 1000 pounds cash and anonymous person also donated 2000 pounds as part of the album launch.
Maame Serwaah after the launch said, “I am happy the launch went well though who couldn’t come had access to it on the social media. My spiritual father Prophet Emmanuel Adjei of E.A. Outreach Ministries flew all the way from Houston Texas to support me. I  appreciate all those who came to support especially Fountain House Chapel International in Luton”.
Story By: Michael Sarpong Mfum