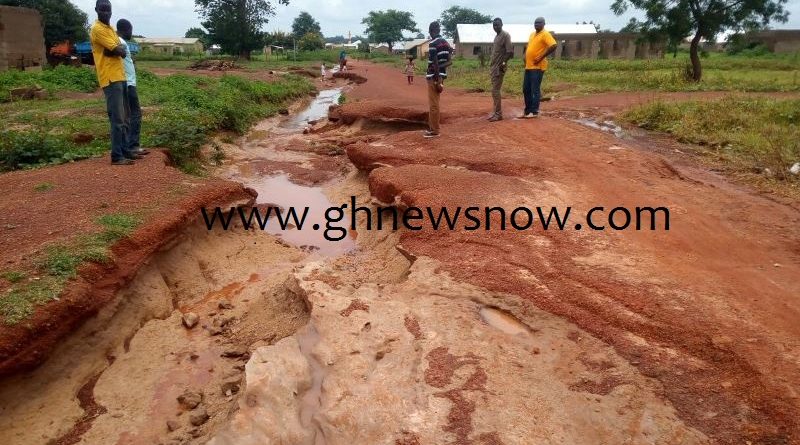 Residents of Kakpagyili in the Tamale South metro in the Northern Region are calling on government to immediately expedite action on roads in the area.

They are appealing to the mMember of Parliament (MP) for the area, Mr Haruna Iddrissu to come to their aid.

A resident, Issahaku Abdul Karim decried how the bad nature of the roads result in perennial flooding in the area.

Kakpagyili is one of the areas that experience annual flooding in Tamale, the cause of which is mostly attributed to the lack of drains and good roads.

Unfortunately, the area is also one that severely suffers water crises during dry season. Residents travel several kilometers in search for life’s basic necessity. In the dry season, water is a luxury commodity for the people of Kakpagyili, leaving them with no choice but to share dugouts with their livestock.

Market women are one of the hardest hit by this situation since vehicles conveying their goods can’t enter the market directly. Inhabitants of satellite communities that come to the market are no longer able to do so, due to the deplorable nature of the roads.

Newly built stores in the market have become a white elephant since roads leading to the market are inaccessible.

Madam Memunatu Wumbei a market woman complained that their economic conditions would worsen if the roads are left unattended to. She prayed the MP, who doubles as the Minister of Employment and Labour relations hears their cry and comes to their aid.

Assembly member for Kakpagyili electoral area, Mr Alhassan Imoro said he has drawn the attention of the Department of Urban Roads but is yet to hear from them. He told Ghnewsnow he hopes they hasten processes and procedures for work to begin on their roads to give the people of Kakpagyili a sigh of relief.