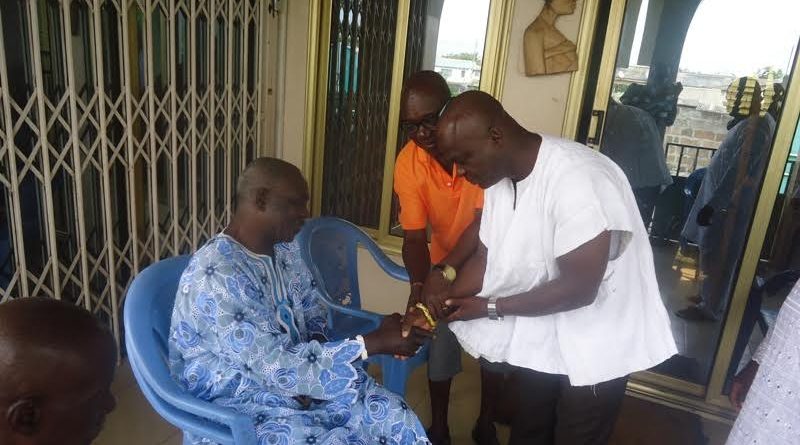 The Bediako Clan of the Kpone Stool in the Greater Accra Region has presented Lawrence Mansro Tettey Kwao to the Paramount Chief of the Kpone Traditional Council as the Stool’s Asafoatse.

The head of the Bediako Clan, Benjamin Tettey Nawu, and other clan representatives led Asafoatse Nii Odeasempa IV to Nii Tetteh Otu II, Paramount Chief for the Kpone Traditional Council, for the introduction.

Albeit initiation rites for his enstoolment had officially been performed, custom demanded that Asafoatse Nii Odeasempa IV was led to formally introduce himself to the Paramount Chief for recognition.

Receiving him at his residence, Nii Tetteh Otu II cautioned Asafoatse Nii Odeasempa IV to remain submissive to authority and be wary of persons he confided in.

He said the stool he occupied was an enviable one and so there would be people who would envy him and thus might want to draw him into their chaotic company.

Nii Tetteh Otu II continued, “I am telling you these from an experience as the paramount chief. Remain strong to your convictions and serve the people but not only those who identified and picked you for the stool.”

Nii Tetteh Otu II, concluding, said he was happy the new Asafoatse was a young energetic man who could help him lead their people and take care of the stool.

For his part, Asafoatse Nii Odeasempa IV was happy he could officially call on his paramount chief after undergoing all the customary initiation rites for his enstoolment.

He promised to remain obedient to the duty call by the paramount chief, and also work hard to ensure that he protected the stool of the Kpone Traditional Council. 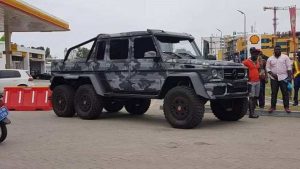 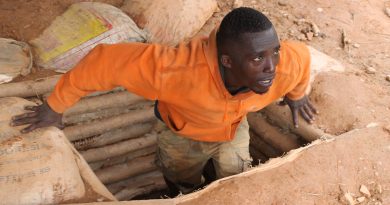 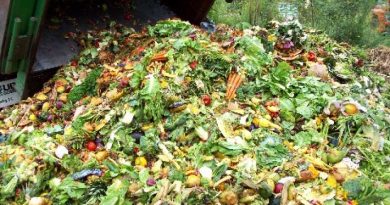