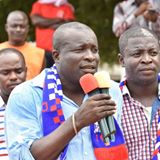 Latest News
August 15, 2016 Isaac J Bediako 0 Comment Daniel Nii Kwartei Titus Glover, New Patriotic Party’s Member of Parliament for Tema East, Trades Union Congress (TUC)
The New Patriotic Party’s  Member of Parliament for Tema East in the Greater Accra Region, Daniel Nii Kwartei Titus Glover, has accused  the leadership of Labour Unions in the Country essentially the Trades Union Congress (TUC)  for being docile despite what he describes as gross mismanagement of the economy, under the watch of President MahamaAdding that, their extreme quietness has brought about an untold hardship to the Ghanaian worker, whose salary cannot take care of the home.
According to the Labour Expert cum Politician, he feels saddened by the fact that, the spirit of courage and boldness that is characterised with Labour Union, is dying gradually.  He lamented that, the menace has arisen due to parochial stance taken by some of the leaders. “Today, the labour unions are so docile. They can’t bite. They can’t bite because the leaders are thinking about what will go into their stomach,” He asserted.
His comments, come on the back of calls by the Trade Union Congress asking President Mahama to abandon the three year programme with International Monetary Fund (IMF), which they claimed has brought an untold economic hardships to The Ghanaian worker.
The New Patriotic Party’s law maker envisaged that, if all Labour Unions were wide awake, Government would have been more cautious about some of its steps hence the economy would not have taken a nose dive.  He argued that The NDC Government under the auspices of President John Dramani Mahama, has messed up with lives of workers of this Country.
Speaking on an Accra based FM Station, The former Industrial Relations Officer Of The Industrial And Commercial Union (ICU), however, argued that, The Labour Unions can still restore their agility in their operations and mounts the needed pressure on Government to sit up.
“It is high time they rise up from their slumber. And I believe whoever will succeed Dr. Kofi Asamoah (referring to TUC secretary General) must not keep his gun dry,” he stressed.
Titus Glover commended the General Secretary of the Industrial and Commercial Workers Union (ICU) Solomon Kotey, and The Chairman of The Tema District Council of Labour (TDCL) Wilson Agana, for continuously, holding Government to task.
He further commended the striking members of the Civil and Local Government Staff Association of Ghana (CLOGSAG) for defying threats by the Minister of Employment and Labour, Haruna Iddrisu, that, they would not paid their  August salary if they fail to return to work.
Story By : Ibrahim Obeng-Mensah /Tema