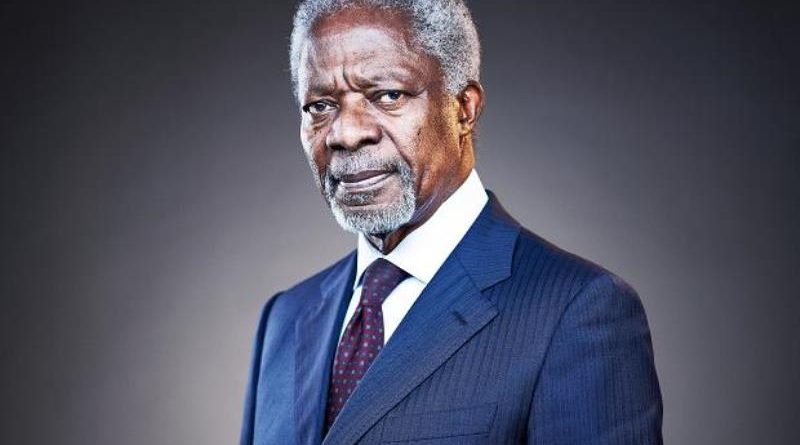 1. Martin Luther King (1929 – 1968) – King  was an American Baptist minister, activist, humanitarian, and leader in the African-American Civil Rights Movement. He is best known for his role in the advancement of civil rights using nonviolent civil disobedience based on his Christian beliefs.

King became a civil rights activist early in his career. He led the 1955 Montgomery Bus Boycott and helped found the Southern Christian Leadership Conference (SCLC) in 1957, serving as its first president. With the SCLC, King led an unsuccessful 1962 struggle against segregation in Albany, Georgia (the Albany Movement), and helped organize the 1963 nonviolent protests in Birmingham, Alabama, that attracted national attention following television news coverage of the brutal police response. King also helped to organize the 1963 March on Washington, where he delivered his famous “I Have a Dream” speech. There, he established his reputation as one of the greatest orators in American history.

On October 14, 1964, King received the Nobel Peace Prize for combating racial inequality through nonviolence. In 1965, he helped to organize the Selma to Montgomery marches, and the following year he and SCLC took the movement north to Chicago to work on segregated housing. In the final years of his life, King expanded his focus to include poverty and speak against the Vietnam War, alienating many of his liberal allies with a 1967 speech titled “Beyond Vietnam”.

In 1968, King was planning a national occupation of Washington, D.C., to be called the Poor People’s Campaign, when he wasassassinated on April 4 in Memphis, Tennessee. His death was followed by riots in many U.S. cities.

2. Nelson Mandela (1918 –  2013 ) – Mandela spent most of his life campaigning for an end to apartheid in South Africa. After over 20 years in prison, he was released and was able to be the first elected President in post apartheid South Africa. Also admired for his forgiveness and willingness to reach out to the white community in South Africa.

Nelson Mandela was born on July 18, 1918, in Mveso, Transkei, South Africa. Becoming actively involved in the anti-apartheid movement in his 20s, Mandela joined the African National Congress in 1942. For 20 years, he directed a campaign of peaceful, nonviolent defiance against the South African government and its racist policies. In 1993, Mandela and South African President F.W. de Klerk were jointly awarded the Nobel Peace Prize for their efforts to dismantle the country’s apartheid system. In 1994, Mandela was inaugurated as South Africa’s first black president. In 2009, Mandela’s birthday (July 18) was declared “Mandela Day” to promote global peace and celebrate the South African leader’s legacy. Mandela died at his home in Johannesburg on December 5, 2013, at age 95.

3. Mohammed Ali (1942 – )  Great boxer of the 1960s. Refused to fight in Vietnam. Then a controversial decision, he later became widely admired as a principled figure of great stature.Muhammad Ali born Cassius Marcellus Clay Jr.; January 17, 1942) is an American former professional boxer, generally considered among the greatest heavyweights in the sport’s history. A controversial and polarizing figure during his early career, Ali is now highly regarded for the skills he displayed in the ring plus the values he exemplified outside of it: religious freedom, racial justice and the triumph of principle over expedience. He is one of the most recognized sports figures of the past 100 years, crowned “Sportsman of the Century” by Sports Illustrated and “Sports Personality of the Century” by the BBC.

Born Cassius Clay, he began training at 12 years old and at the age of 22 won the world heavyweight championship in 1964 fromSonny Liston in a stunning upset. Shortly after that bout, Ali joined the Nation of Islam and changed his name. He converted to Sunni Islam in 1975.

In 1967, three years after winning the heavyweight title, Ali refused to be conscripted into the U.S. military, citing his religious beliefs and opposition to American involvement in the Vietnam War. He was eventually arrested and found guilty on draft evasion charges and stripped of his boxing title. He did not fight again for nearly four years—losing a time of peak performance in an athlete’s career.Ali’s appeal worked its way up to the U.S. Supreme Court, where in 1971 his conviction was overturned. Ali’s actions as aconscientious objector to the war made him an icon for the larger counterculture generation

4. Kofi Atta Annan (born 8 April 1938) is a Ghanaian diplomat who served as the seventh Secretary-General of the United Nationsfrom January 1997 to December 2006. Annan and the United Nations were the co-recipients of the 2001 Nobel Peace Prize “for their work for a better organized and more peaceful world.” He is the founder and the Chairman of the Kofi Annan Foundation, as well as being the chairman of The Elders, a group founded by Nelson Mandela.

From 23 February until 31 August 2012, Annan was the UN–Arab League Joint Special Representative for Syria, to help find a resolution to ongoing conflict there. Annan quit after becoming frustrated with the UN’s lack of progress with regard to conflict resolution, stating that “when the Syrian people desperately need action, there continues to be finger-pointing and name-calling in the Security Council”. He has been involved in several humanitarian projects and won several awards including the Kora All Africa Music Lifetime Achievement Award in 2001

5. Michael Jackson(August 29, 1958 – June 25, 2009) was an American singer, songwriter, record producer, dancer, and actor. Called the King of Pop, his contributions to music and dance, along with his publicized personal life, made him a global figure in popular culture for over four decades.

Jackson’s 1982 album Thriller is the best-selling album of all time. His other albums, including Off the Wall(1979), Bad (1987), Dangerous (1991), and HIStory (1995), also rank among the world’s best-selling albums. Jackson is one of the few artists to have been inducted into the Rock and Roll Hall of Fame twice. He was also inducted into the Songwriters Hall of Fame and the Dance Hall of Fame as the first and only dancer from pop and rock music. His other achievements include multiple Guinness World Records, 13 Grammy Awards, the Grammy Legend Award, the Grammy Lifetime Achievement Award, 26 American Music Awards—more than any other artist—including the “Artist of the Century” and “Artist of the 1980s”, 13 number-one singles in the United States during his solo career,—more than any other male artist in the Hot 100 era—and estimated sales of over 400 million records worldwide.

Jackson has won hundreds of awards, making him the most awarded recording artist in the history of popular music. He became the first artist in history to have a top ten single in the Billboard Hot 100 in five different decades when “Love Never Felt So Good” reached number nine on May 21, 2014. Jackson traveled the world attending events honoring his humanitarianism, and, in 2000, the Guinness World Records recognized him for supporting 39 charities, more than any other entertainer.

6. Frederick Douglass (1818-1895) born Frederick Augustus Washington Bailey, c. February 1818 – February 20, 1895) was an African-American social reformer, abolitionist, orator, writer, and statesman. After escaping from slavery, he became a leader of the abolitionist movement, gaining note for his dazzling oratory and incisive antislavery writings. He stood as a living counter-example to slaveholders’ arguments that slaves lacked the intellectual capacity to function as independent American citizens. Even many Northerners at the time found it hard to believe that such a great orator had once been a slave

At the League of Nations in 1936, the Emperor condemned the use of chemical weapons by Italy against his people during the Second Italo–Ethiopian War. His internationalist views led to Ethiopia’s becoming a charter member of the United Nations, and his political thought and experience in promoting multilateralism and collective security have proved seminal and enduring. His suppression of rebellions among the landed aristocracy (the mesafint), which consistently opposed his reforms, as well as what some critics perceived to be Ethiopia’s failure to modernize rapidly enough, earned him criticism among some contemporaries and historians. His regime was also criticized by human rights groups, such as Human Rights Watch, as autocratic and illiberal.

8. Barack Obama – (born August 4, 1961) is the 44th and current President of the United States, and the first African American to hold the office. Born in Honolulu, Hawaii, Obama is a graduate of Columbia University andHarvard Law School, where he served as president of the Harvard Law Review. He was a community organizer in Chicago before earning his law degree. He worked as a civil rights attorney and taught constitutional law at University of Chicago Law School from 1992 to 2004. He served three terms representing the 13th District in the Illinois Senate from 1997 to 2004, running unsuccessfullyfor the United States House of Representatives in 2000.

In 2004, Obama received national attention during his campaign to represent Illinois in the United States Senate with his victory in the March Democratic Party primary, his keynote address at the Democratic National Convention in July, and his election to the Senate in November. He began his presidential campaign in 2007 and, after a close primary campaign against Hillary Rodham Clinton in 2008, he won sufficient delegates in the Democratic Party primaries to receive the presidential nomination. He then defeated Republican nominee John McCain in the general election, and was inaugurated as president on January 20, 2009. Nine months after his inauguration, Obama was named the 2009 Nobel Peace Prize laureate.

Raised by his parents in the Igbo town of Ogidi in South-Eastern Nigeria, Achebe excelled at school and won a scholarship for undergraduate studies.

He became fascinated with world religions and traditional African cultures, and began writing stories as a university student. After graduation, he worked for the Nigerian Broadcasting Service (NBS) and soon moved to the metropolis of Lagos.

He gained worldwide attention for Things Fall Apart in the late 1950s; his later novels include No Longer at Ease (1960),Arrow of God (1964), A Man of the People (1966), and Anthills of the Savannah (1987). Achebe wrote his novels in English and defended the use of English, a “language of colonisers”, in African literature. In 1975, his lecture An Image of Africa: Racism in Conrad’s “Heart of Darkness” featured a famous criticism of Joseph Conrad as “a thoroughgoing racist”; it was later published in The Massachusetts Review amid some controversy.

10. Usain Bolt is a Jamaican sprinter. Widely regarded as the fastest person ever, he is the first man to hold both the 100 metres and 200 metres world records since fully automatic timemeasurements became mandatory in 1977. Along with his teammates, he also set the world record in the 4×100 metres relay. He is the reigning Olympic champion in these three events, the first man to win six Olympic gold medals in sprinting, and an eight-time World champion. He was the first to achieve a “double double” by winning 100 m and 200 m titles at consecutive Olympics (2008 and 2012), and topped this through the first “double triple” (including 4×100 m relays).

Although gaining worldwide popularity for a sprint double victory at the Beijing Games, Bolt has had more victories as a 200 m runner. While he had not won any significant 100 m title prior to the 2008 Olympics, he had won numerous crowns in the 200 m event at the youth, junior and senior levels. Further, at the 2013 World Championships in Moscow, Bolt completed a hat-trick of 200 m world titles by winning his third straight gold in the event.

His 2009 record breaking margin for 100 m, from 9.69 seconds (his own previous world record) to 9.58, is the highest since the start of fully automatic time measurements