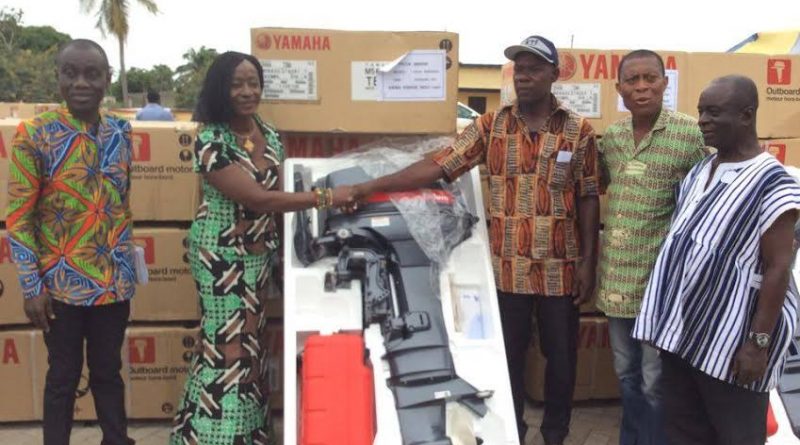 Fishermen in the Keta municipality of Volta region have benefitted from a government subsidized outboard motor programme aimed at improving the efficiency and output of the fishing industry.

The fisherfolks from all 14 landing communities received 83 outboard motors distributed by the Ministry of Fisheries and Aqua-culture at a brief ceremony in Keta.

Government through the district assembly’s common fund absorbed 40 percent of the GH¢12,500, cost of each outboard motor, while the beneficiary fishermen borne the reaming 60 per cent of the amount.

The sector minister, Madam Shirley Ayittey said the intervention is part of the President’s Initiative to support the fishing sector. “President Mahama is making efforts to better the lives of our fishermen. So apart from subsidizing the cost of outboard motors, we are also subsidizing premix fuel and increasing it supply in this fishing season.”

She gave the assurance that government is on course to construct modern landing sites in the various fishing communities with cold store and other facilities for fish preservation and servicing canoes.

“We have completed the stakeholders’ consultations and in the Volta region, the landing site project is starting in Anloga. The chiefs have given us the land and construction will start soon. There will also be a day care for our fish mongers to keep their children.” 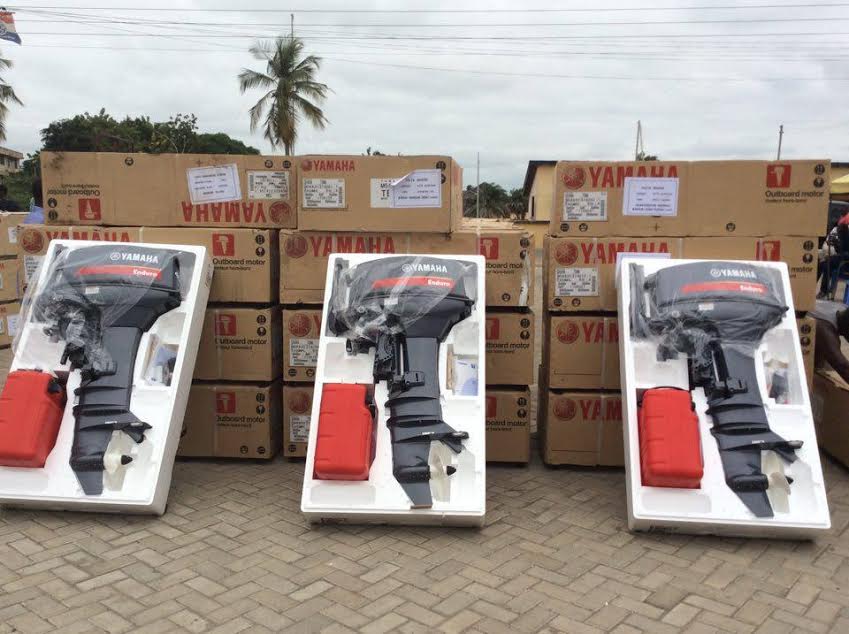 Madam Ayittey in commending fishermen in the Volta Region for their strict adherence to fishing regulations and using only appropriate fishing methods, also announced an insurance scheme to support them in case of boat accidents.

Some of the beneficiaries expressed gratitude to government for the interventions but appealed for the sustenance of such efforts to boost the fishing business.

Meanwhile, a national fish festival will soon be launched and celebrated later in the year at Anloga to honour the contribution of the fishing industry to the country’s socio-economic development.