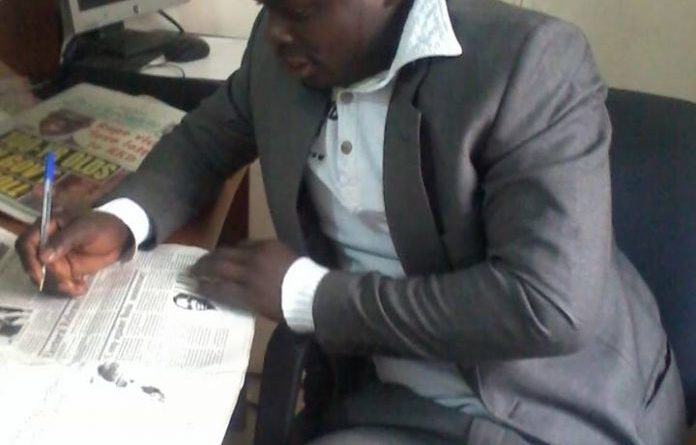 About One Hundred and Fifty years ago, there was a great king who lived and settled his own kingdom, the king was called The Great Opatasono I ( Nana Opatasono I ) was very brave, the kingdom was well respected and the people within that particular kingdom always jeered up with the king to go to war whiles they support him. During those days, any kingdom that defeats another kingdom took their citizens captive for four years before another battle began.

This is the king who had all the tactics to win a battle, but the king hardly won even a single war making his people always been in captivity and this went on over and over again and never understood why he has always been defeated at war front until one day The Great Nana Opatasono I realized something strange being the recipe for his defeat.

The reason was that the body guards who were surrounding Nana Opatasono I were the architect of the king’s failure. The body guards who were supposed to protect the king had always been giving their opponents a clue to the weakness of the king to lose. After coming across this fact, the king had to sack all his bodyguards and move on with a great supportive people to win his battle.

Now the story bounces down to our Ghanaian political war. This is a war because only the political party that got major votes becomes victor of the voting battle.

Nana Addo Danquah Akuffo Addo in the above story is compared to the great Nana Opatasono I who had the great vision, the big tactic to rule his people but failed to win a battle due to his killer guards. The New Patriotic Party over the years in the history of our politics has been known with good governance and good administrative measures especially during the term of their first president, His Excellency John Agyekum Kuffuor. His innovative thoughts of initiating policies including the health insurance and others were a big thing to happen in our country’s political landscape.

Last year 2015, the former Finance Minister Hon Yaw Osafo Marfo a leading member of the NPP was alleged to have said that indigents of regions with no natural resources are at the helm of affairs although about 90 percent of Ghana’s natural resources are largely found in Akan-speaking regions.“ You have all the resources, but you have no say in the management of your resources and that is what happening. Your development depends on the one who has no resources…” the voice said.

During the said meeting which was secretly done by NPP executives, those at the top rank of the party where confidentiality was needed among them but all went wrong and these allegation brought NPP and Nana Addo Danquah Akuffo Addo under public ridicule. This singular act impugned the vision of Nana Addo Danquah Akuffo Addo. These are the guards who are causing the failure of Nana Addo.

Another guards, MP for Assin North, Hon Kennedy Agyapong, declared war on all Ewes and Gas in Ghana on his Oman FM Station in Accra. This declaration is arguably his redefinition and implied meaning of the ‘All die be die’ philosophy of the NPP flag bearer, Nana Addo Danquah Akuffo Addo. We have invited you today to enable us make a statement on the declaration. After four years of this declaration, the opponent still us this to in flinch the wounds of Nana Addo Dankwa Akuffo Addo. The killer guards.

In February 2016, an outgoing NPP Member of Parliament for Nhyieso, Dr Richard Winfred Anane signaled the calamity that could befall the party if immediate measures were not put in place to purge it of what he described as “alien happenings in the party”. So who are the alien? Where are they coming from? What is their motive?

This is what a guard will say to credit his opponent.

To end my article is what the campaign manager who has the power of selling the message of Nana Addo Dankwah Akufo has reported to have said in the western region during the party’s tour.

NPP Campaign Manager, Peter Mac Manu said nothing will dissuade the party from carrying out this decision, not even the Inspector General of Police (IGP). “NPP could also declare its own results, that one the IGP can never stop us whether you are Electoral Commission, whether you are a police officer, whether you are a chief, you cannot stop NPP from declaring the results”, he charged at a party gathering in the Western regional capital, Takoradi.

With general elections less than six months, the former NPP Chairman also touched on the party’s 2016 manifesto. Mr. Manu said the party has decided to delay the release to avoid it being plagiarized by the governing National Democratic Congress (NDC). This is one statement that the general public has lambasted the former chairman of the party as an unfortunate with other civil societies and political party describing this as a tool to destroy Nana Addo Dankwa Akuffo Addo.

These are the statement that goes viral in the public and later it is presumed that the NPP is full of violence and Nana Addo Dankwah is therefore tagged to affect his ambition and chances of winning the elections. From where I stand now, Nana Addo Dankwah Akuffo is the best character for Ghana; his personality, his commitment to democracy, His Educational Achievements, His Political Capabilities and His Anti Corruption Records are enough evidence to win him power but the question is ; would his body guards ( Campaign Team) those around him help him achieve his ambition? Nana Addo Dankwa Akuffo Addo this time around has to sit and plan what will suit the public else, his body guards will keep on be his pillar of failure.