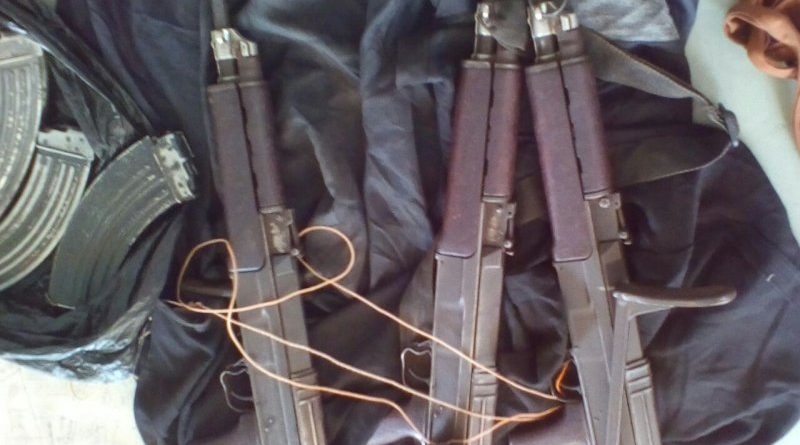 The Northern regional Police command has seized a large number of weapons being transported to Potor, a troubled area near Kintampo in the Brong Ahafo region. The weapons which include two AK47 rifles, 160 live ammunition and magazine pistols concealed in a sack of rice were intercepted Wednesday evening at Sanpkala in the Central Gonja district of the Northern region. Addressing the media in Tamale, regional Deputy CID officer ACOP John Akroful said the arms and ammunition belonged to one Dapaa Jaboni and were being sent to the area to fuel a longstanding kingship dispute between the Bawa and the Chawchaw gates in the area. ACOP Akroful said the suspect who is currently at large was in transit from Tamale after acquiring the weapons from Bawku and Chereponi when a police source identified him but he managed to escape. The police added that Jaboni, who is known to belong to the Bawa gate, has been declared wanted by the Police in Kintampo and assured that efforts are far advanced to arrest the suspect.