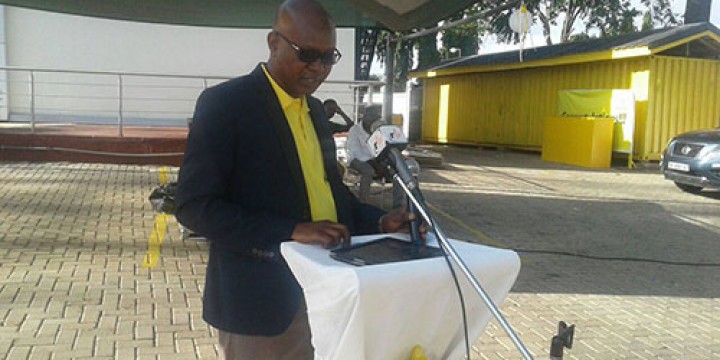 This year’s Y’ello care month starting from June 1-21, is under the theme “Investing in education for all”.

The Northern District Business Manager of MTN, James Basintale in his address to launch the programme, explained that the annual 21 days community voluntary care, has become one of the major programmes on the calendar of the company, since its inception about ten years ago.

He said, the programme was important structure of volunteerism through which the staff of MTN gets to give back to the communities.
Mr. Basintale, said the staff during the month long activities, would engage in refurbishment educational facilities, painting, as well as donation of learning materials to some selected Junior and Senior high schools.

“Equipment such as DSTV decoders, books on Mathematics, Geography and Science and over 100 digitized teaching aids and library books would be given to some selected schools,” he noted.

“ The contribution of education to the development cannot be under estimated because it is the key that leads to wealth creation to reduce poverty hence we at MTN have teamed up with state institutions to support the delivery of quality education,” he indicated.

Mr. Basintale explained that, the occasion apart from its volunteerism to give back to the communities, generates some competition among the staff members within the MTN’s operating countries, as special award would be given to the country with the highest points of staff participation in the community service.

Mrs. Patricia Berchi Kyeremanteng, the Ashanti regional director of the Social Welfare, has bemoaned the rate at which some parents clandestinely dump their children with disability.

She said, the practice was alarming to the extent that, even parents who are sound in financial positions are rather the worst culprits of the act.

She added that the educational, feeding and other costs for the upkeep of such children, become burden on the state.

The regional director, though failed to give the reporter the available statistics pertaining to the number of disabled children being abandoned at orphanages by their parents, she said the issue needs collaborative efforts to terminate it, because it has serious repercussion on the society.

Mrs. Berchi Kyeremanteng ,speaking exclusively to The Herald after she led some disability children from the Edwanase Rehabilitation Centre in Kumasi to witness MTN’s launch of 21 days Y’ello care staff voluntary community service.

The Rehabilitation Centre, is one of the beneficiary organizations from the Y’ello care services over the years.

Mrs. Berch Kyeremanteg, said disability does not inability, therefore parents of such children, should not regard them as persons with bad omens.
According to her, the best mechanism is to take them from begging on the street and give them equal access to education.

“Children with disability can render effective services to the country if we all coordinate efforts to support their education rather than abandoning them at children’s homes,” she said.

She expressed her appreciation to MTN for always associating with the rehabilitation centre during its Y’ello care activities.