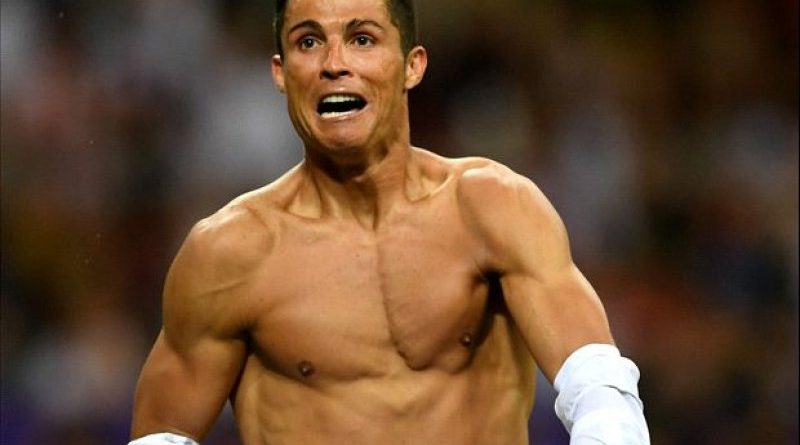 Real Madrid defeated Atletico Madrid in the Champions League final for the second time in three years as they won a dramatic penalty shoot-out in Milan. After 120 minutes of action ended in a 1-1 draw, Atletico’s Juanfran was the unfortunate man to miss, allowing Cristiano Ronaldo to slot home the decisive spot-kick as Real won 5-3 on penalties. Real were much the better team in the first half and took the lead through Sergio Ramos, who got a faint touch on Gareth Bale’s header from close range to haunt Atletico again after his vital goal in his side’s 2014 victory. Atleti came out fighting after the break, but Antoine Griezmann crashed a penalty against the crossbar as they looked set to fall to another painful defeat against their city rivals in club football’s biggest fixture. But substitute Yannick Carrasco’s strike from inside the six-yard box with 11 minutes remaining sent the game to extra-time, where neither side found a winner to prevent spot-kicks. But Atletico hearts were broken again as Ronaldo punished Juanfran’s crucial miss in the penalty shoot-out, with the Portuguese’s topless celebration and tears from the Colchoneros fans bringing back memories from their defeat in Lisbon. Real’s victory means they are now 11-time European champions with Zinedine Zidane becoming the seventh man to win the tournament as both player and coach after only five months at the helm. Atletico, meanwhile, suffered their third heartbreaking defeat in a European Cup final, with Diego Simeone missing out on the opportunity to win every major honour available since taking charge of the club. Real came close to taking an early lead when Bale fired in a free-kick that was turned towards goal by Karim Benzema a few yards out, but Jan Oblak made a crucial save with his legs. The breakthrough did arrive in the 15th minute, though, with Toni Kroos’ free-kick flicked on by Bale before Ramos prodded his effort under Oblak from close range. Despite Ramos appearing to have strayed narrowly offside, the goal stood to make him the first defender to score in two Champions League finals. At the other end, Griezmann shot straight at Keylor Navas twice before sending another effort narrowly wide as he attempted to lift Atletico from what was a flat first-half performance. Simeone made a half-time change with Carrasco replacing Augusto Fernandez and Atletico were awarded a penalty within a minute of the restart when Griezmann fed Fernando Torres in the area and the striker drew a foul from Pepe. But Griezmann could only cannon his spot-kick against the crossbar as Real survived. A tearful Dani Carvajal had to be withdrawn through injury for Zidane’s men, who continued to come under pressure with Stefan Savic somehow missing the target from six yards after Diego Godin and Griezmann had kept a corner alive. But for all of Atletico’s improvement, they were not testing Navas and Real should have made sure of victory when Benzema was thwarted by Oblak after Luka Modric had impressively sent him through on goal. They came even closer when the otherwise quiet Ronaldo was denied by Oblak twice in quick succession, with Bale’s attempt from the rebound cleared off the line by Savic. And that missed opportunity proved costly as Atletico went up the other end and equalised, with Juanfran’s brilliant volleyed cross after Gabi’s chipped pass emphatically converted by Carrasco. Ramos’ cynical challenge on Carrasco thwarted a stoppage-time Atletico breakaway to send the match to extra-time, where Ronaldo completely misjudged a headed chance having been found by substitute Isco in the best opening. The first seven penalties – including Griezmann’s effort – were all scored, until Juanfran hit the foot of the post, allowing Ronaldo to seal European glory. Source: Goal