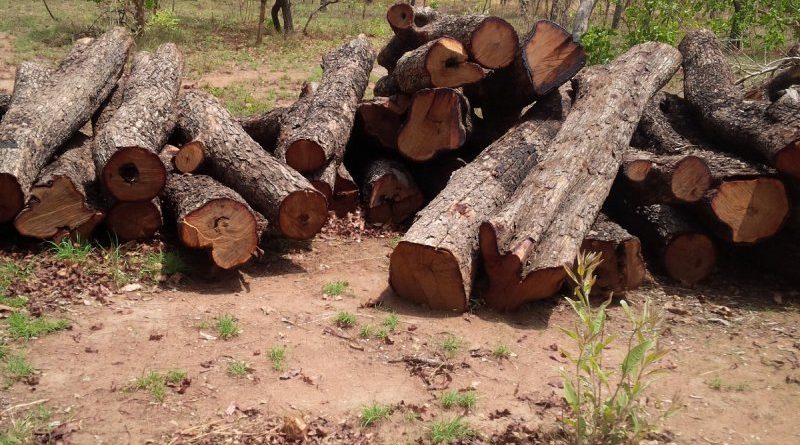 The European Union (EU) and the Food and Agriculture Organisation (FAO)  have agreed to step up their joint efforts to support tropical timber producing countries in curbing illegal logging.

The agreement, aims at improving forest governance and promoting the trade of legally sourced timber.

A statement issued by the FAO, and copied to the Ghana News Agency, in Accra, said, “Doing so is expected to reduce the environmental impacts of illegal logging and also mitigate climate change”.

“It will also boost the income and food security of forest communities by improving access to domestic and international wood markets.”

It said a $30-million funding agreement had been formalised by Veronique Lorenzo of the European Commission Directorate-General for International Cooperation and Development, and René Castro Salazar, FAO’s Assistant Director-General for Forestry.

The agreement would support the next phase of FAO’s Forest Law Enforcement, Governance and Trade (FLEGT) Programme, set to run through 2020.

It said illegal logging and its associated trade cost governments an estimated $ 10 billion – $15 billion per year in lost tax revenues; stating that it also undermined people’s livelihoods and robbed them of income and food.

The statement said that illegal logging was responsible for the degradation of large swathes of carbon-rich forests and vital wildlife habitats, contributing to climate change and biodiversity loss.

It pointed out that a key part of the new phase involved greater collaboration with private sector entities, big and small, in both producer and consumer countries, to address some of the bottlenecks to producing legal timber.

It said this would involve looking specifically at empowering small-and medium forest enterprises in Africa, Latin America, the Caribbean and Asia, which employed some 140 million people worldwide.

The idea was to help them to “go legal”, gain access to green markets and become active participants in the sustainable management of forest resources.

“Thanks to global initiatives like FLEGT, illegal timber production has declined by an estimated 22 percent since 2002,” said Castro Salazar in the statement.

“The new FLEGT phase offers an important opportunity for lesson sharing across sectors, as it has become increasingly clear that broad partnerships are and will be needed to achieve the global impact that is necessary to reduce forest loss, food vulnerability and mitigate climate change,” he added.

The statement said to date, the FAO FLEGT Programme had supported more than 200 projects in some 40 tropical timber producing countries throughout Africa, Latin America, the Caribbean and Asia.

It said some of the most promising initiatives being piloted involved using new technologies to efficiently track the origin of wood.

It is also aimed at facilitating monitoring efforts by forestry authorities and improving accountability and traceability.

It said owing to the multiple contributions of forests to provide jobs and income, food and medicine, and critical environmental services, the world’s new international development agenda, included their sustainable management as one of the 2030 Sustainable Development Goals.