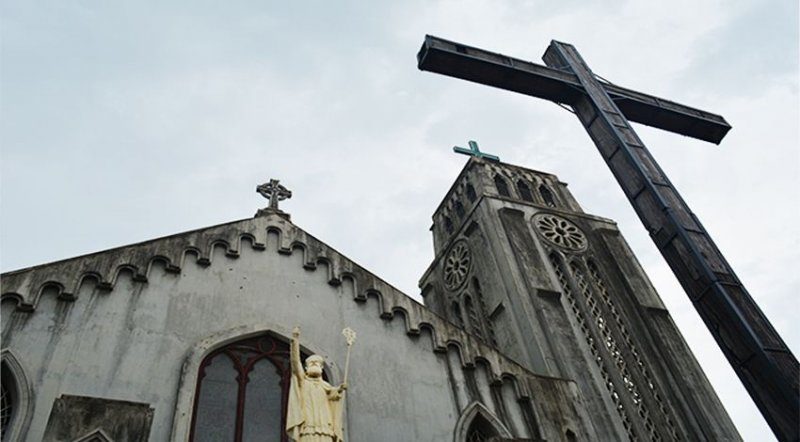 Latest
April 25, 2016July 30, 2016 Isaac J Bediako 0 Comment a suburb of Cape Coast in the Central region, banned what it describes as provocative dresses in the Church, The St. John The Baptist Catholic Church at Pedu

The St. John The Baptist Catholic Church at Pedu, a suburb of Cape Coast in the Central region has banned what it describes as provocative dresses in the Church by its members. As a measure to the effect the ban, the church posts pictures of unapproved dresses on its premises every Sunday. The President of the church council, Mr. Andrew Kofi Wosesor told the Daily Graphic that the ban was necessary, as some of the dresses exposed parts of those wearing them. He said some female church members exposed their breasts and panties through the dresses they wore to church an act which Christianity frowned upon. According to him, dresses that exposed vital body parts of women tempted some ‘weaker members’ and even some of the priests. “When we stop them from putting them on to church, they will even stop wearing them to public places at a point in time,” Mr. Wosesor said. He explained that when he assumed office, he, together with the council of elders, realized certain things which were not good about some of the church members and decided to work on them. “In this era of fashion, some people easily get swayed by the naivety of what they see others wearing, without taking note of where they are going with what they are wearing,” he observed. He said the council of elders planned to engage the parents and guardians of those they had observed to be wearing those dresses to make an impact in terms of how their members dressed in public.