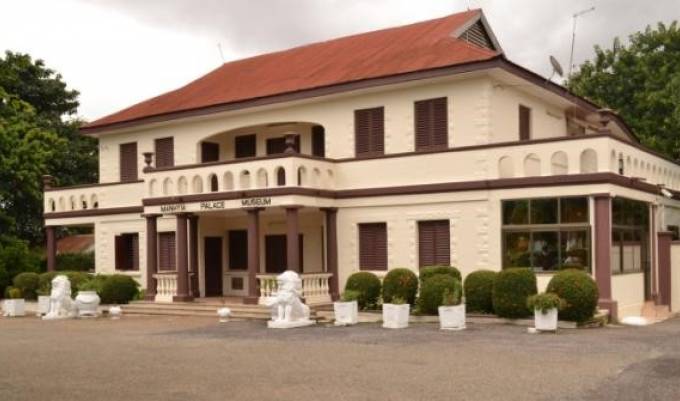 The Manhyia Palace Museum stands among the revered structures in the dome of the magnificent Manhyia Palace, the seat of the Asante Kingdom and home to the occupant of the sacred ‘Asikadwa’ — the Golden Stool that unifies the industrious people of Asanteman.

Accounts have it that one of the greatest fetish priests ever to live, Okomfo Anokye, commanded forth the Golden Stool, which was adorned with gold from the skies amidst a thick cloud of white dust — at a grand gathering of chiefs and elders of the people of Asanteman — and floated gently to alight on the knees of Nana Osei Tutu.

The Museum was initially built as a private residence by the British colonial government in 1925 to compensate Asantehene Agyeman Prempeh I — on his return from Seychelles Island after being held there in captivity for twenty-eight years.

It was from this palace that he ruled, for the people kept his Golden Stool, Asikadwa, vacant during the period he was in exile until they welcomed him back as Asantehene.

To the Asantes, therefore, the period that he was away in exile, 1896 to 1924, was not an interregnum: and to remove any doubts as to his status or their relationship with him, they steadfastly refused to allow their king to accept the building as a gift from the British colonial government, or to occupy it, until they had paid for it.

The building therefore became the ‘Ahenefie’ – literally meaning ‘palace’ – from the moment it was occupied by the Asantehene Agyemang Prempeh I. It was this palace that Nana Agyemang Prempeh I, Otumfuo Sir Osei Agyemang Prempeh II, and Otumfuo Opoku Ware II — the thirteenth and fourteenth kings of the Asante Kingdom — used until 1974 when a newpPalace was constructed.

The Foundation was primarily intended to promote education, culture, health and environment. It was in accordance with promoting culture that the Manhyia Palace Museum was established to preserve and bequeath the rich history and culture of the Asante people to future generations and visitors to the palace.

“The Museum building is of great historical interest and importance. It not only houses the Museum’s exhibits but it is itself an exhibit.” It has for the past 21 years remained the centre of attraction and the symbolic embodiment of the ‘way of life’ of the Asantes, attracting huge visitations yearly from across the world to learn about Asante ancestry.

Its captivating aura of royal sacredness can be felt miles away on coming into sight with it. A visitor to the Museum is first shown a 12-minute documentary about the AsantekKingdom. The documentary, in actual footage, depicts the customary practices and traditions of the Asantes: including the burial and enstoolment of kings and other traditions adored and observed by the people of Asanteman.

One is ushered into the ground floor of the two storey-edifice of the Museum, after the documentary, to witness a gallery of historical artifacts, rare weaponry, traditional drums and royal stools of different types and shapes, impeccably crafted effigies of late king and queens, some which has been preserved and kept for centuries.

The lower floor of the Museum has been kept just as it was in the days of Nana Agyemang Prempeh II, and serves as a lasting memorial to his life and long service to the entire Asante nation. Among the items displayed are photographs of many important events in Asante history: the first black and white television which dates back to 1965; the bronze replica head of Nana Prempeh II; bookshelves containing the collection of books among other things.

The top floor hosts the ‘Great Halls’ which showcase the effigies of past and present kings of the Asante Kingdom; swords, regalia, gold ornaments and many others on display — each of which tells great historical tales, accounts of bravery and other developments on battlefields and other wars fought to expand boundaries of the Asanti kingdom; and those against foreigners who attempted to colonise the Asante people.

A visitor to the Manhyia Palace Museum, whether an indigene or a foreigner, does not leave without taking along great depth of knowledge on the history of the Asante Kingdom, and knowledge of the Asante’s traditions and customary practices.

The exploits of royals and indigenes of the Asante kingdom in the folklores and accounts — like the famous Queen mother of Ejisu, Yaa Asantewaa, who fought against the British colonial government’s attempts to claim the Golden Stool — are inspiring enough to instil the spirit of patriotism into visitors to the Museum.

The Manhyia Palace Museum, since its establishment to date, has remained one of the most attractive tourist destinations in the country. It is estimated that over-60,000 people visit the Museum each year. On normal occasions the Museum is said to record around 150 visitors or tourists per day. During peak seasons, particularly on holidays, it receives more than 600 visits in a day and a monthly average of about 5,000 visitors.

According to the Curator, Mr. Justice Brobbey, the Museum recorded 14,289 visitors — made up of 13,074 locals and 1,215 foreigners — during the first quarter of this year. These figures go to boost the domestic tourism sector and give an indication of how attractive domestic tourism can become if it is given the needed attention.

The Palace Museum is open to the public from Monday to Sunday, including statutory holidays, from 9a.m. to 4:30p.m.

It won the ‘Site Attraction of the Year’ award, two years in a row – in 1997 and 1998 – adjudged by the Ghana Tourism Authority (GTA). It was again awarded the same title at both national and regional levels by the GTA in 2014/2015, while the Curator, Mr. Brobbey, was also recognised with ‘Guide of the year’ at both national and regional levels during the same period.

The Curator explained that the biggest challenge, in the past, had been to demystify some perceived fears that prevented people from visiting the Palace.

Although some areas are restricted and meant for official use due to their location at the palace of the Asantehene, he urged visitors to the Museum to comply with the guidelines during their tour.

Management of the Manhyia Palace Museum is in the hands of a Management Committee that reports to the Board of the Otumfuo Opoku Ware II Jubilee Foundation, whose appointments are made by the Asantehene.

It was indicated that there have been so many collaborations over the years, between the Museum and other local and international academic institutions, to publish books on the folklore, history and culture of the Asante kingdom.

The current Asantehene, Otumfuo Osei Tutu II, whose effigy is also displayed in the Museum together with the Asantehemaa, Nana Afia Kobi Serwaa Ampem II, since his enstoolment has also contributed a lot to the Museum’s development.

Very passionate with education, the Asantehene has caused a book to be published on a number of topics, some of which could hardly be discussed in the open in the past.

During special occasions like the celebration of ‘Akwasidae’, special exhibitions are organised to educate tourists or visitors to the Museum.

Attached to the Museum is a gift-shop stocked with local artifacts, ornaments, traditional insignias, traditional kente cloths, publications, diaries and calendars among a whole lot of memorabilia showcasing the rich culture, customs and traditions of the Asante people. 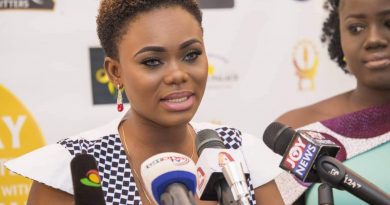