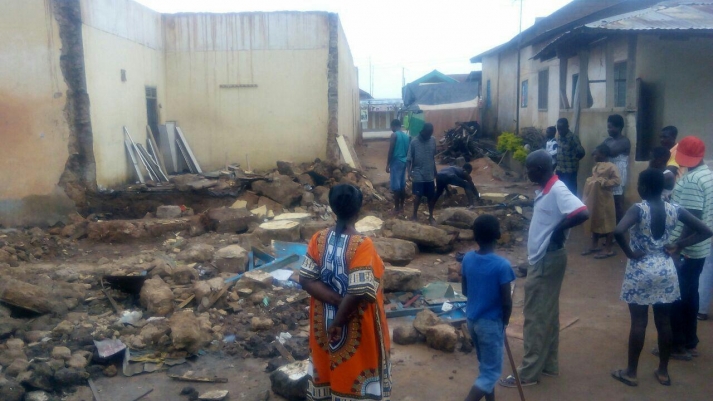 An abandoned palace at Esreso in the Ashanti Region has collapsed and killed two people who were seeking refuge from Thursday’s torrential downpour in the area.

Two others- a lotto operator and food seller- who were in the building at the time, also sustained various degrees of injuries with one said to be in a critical condition at the Atonso Agogo Government Hospital in Kumasi. The other person has since been treated and discharged.

The dead have been identified as 13-year-old Daniel Addo and 42-year-old Kwadwo Santana.

Residents ghnewsnow.com kumasi editor that  the mud building, which served as the palace for the community, was earmarked for demolition three months ago that is yet to be carried out.

According to eyewitnesses, the four victims were seeking shelter from the downpour last night at about 7:00pm when the building caved in and killed one of them instantly. The other person died while being taken to a health facility.

Their bodies have been conveyed to the Pramso Hospital morgue while police have begun investigations into the matter. 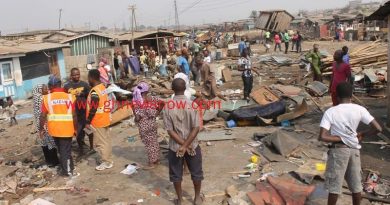 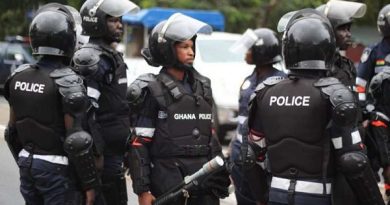 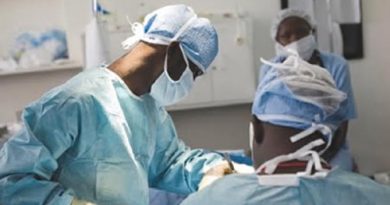