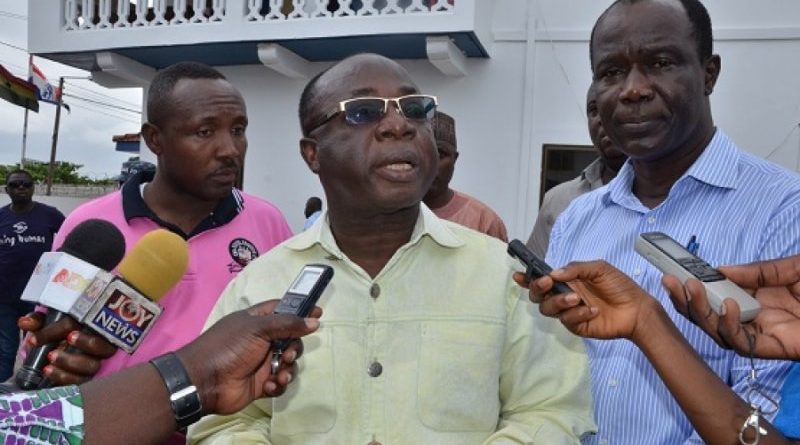 The Acting National Chairman of the largest opposition New Patriotic Party (NPP), Freddy Blay has disclosed that the party may be forced to appoint candidates for Adanse Asokwa, Manhyia North and Kumawu constituencies when the country goes to the polls in November.

The three constituencies are the only ones in the Region that have failed to elect its Parliamentary candidates due to prolonged litigation.

Several attempts by the party’s hierarchy to resolve the legal tussle among party members in these outstanding constituencies have proven futile.

‘The party has already initiated talks with members involved in the various court litigations that have retrained the party from organizing primaries in the affected constituencies,’ Mr. Blay explained.

The Acting National Chairman who made this known during the swearing in of Ashanti Regional election campaign team in Kumasi at the weekend, was hopeful the party will achieve its 90% vote target in the region.

Attach is the Audio: