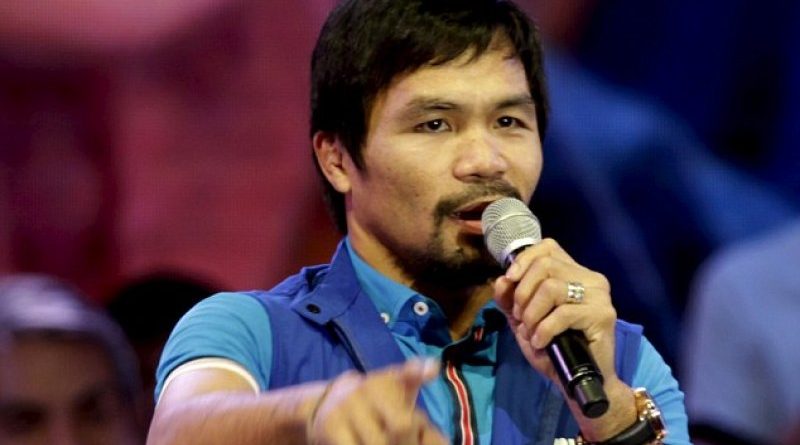 Eight-time world boxing champion Manny Pacquiao has described gay couples as “worse than animals”. His comments have sparked a firestorm of criticism in the Philippines where he is seeking to be elected a senator. “It’s common sense. Do you see animals mating with the same sex? Animals are better because they can distinguish male from female,” Pacquiao told local broadcaster TV5 in an interview. He added “If men mate with men and women mate with women they are worse than animals.” Nearing the end of a glorious decade-long boxing career, the 37-year-old is reinventing himself as a conservative Bible-bearing politician ahead of the country’s May elections, when he is running for a senate seat. Gay marriage is outlawed in the Philippines due to strong opposition from the Catholic Church and 80 percent of the country’s 100 million people subscribe to the faith. Gay marriages are officiated at small churches but these unions are not recognised by the church or the state. Pacquiao’s comment has, however, been met with anger as the country’s most popular gay comedian, Vice Ganda, posted #PrayForMannyPacquiao to his 6.7 million followers on Twitter as he tore at the boxer. “Some people think they can judge people like God just because they’ve attended a prayer meeting and read the bible…the Senate needs experts on politics and law, not blind prophets,” Vice Ganda added.