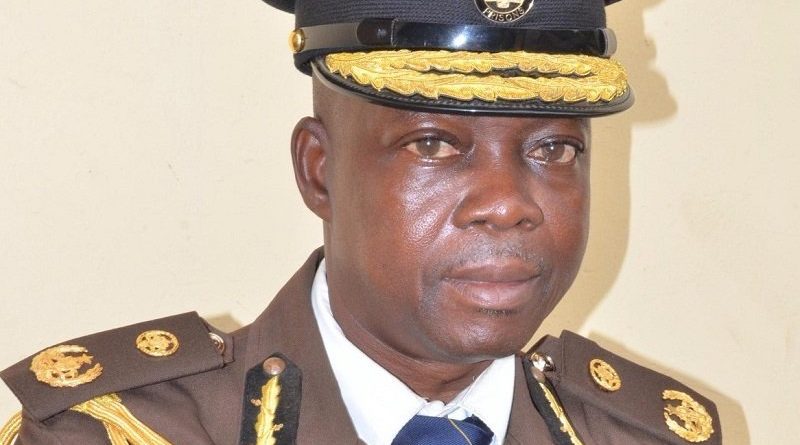 President John Mahama has appointed Emmanuel Yao Adzator as acting Director General of the Ghana Prisons service. His appointment follows the retirement of Matilda Baffour-Awuah as head of the state security agency. A statement announcing the appointment said Mr. Adzator, who is currently the Deputy Director General of the service in charge of finance , has attended several training programmes, both home and abroad, and has the capacity and experience to lead the state agency. Below are details of the statement APPOINTMENT OF NEW DIRECTOR-GENERAL: GHANA PRISONS SERVICE The President of Ghana, upon the recommendation of the Prisons Service Council, has appointed Mr Emmanuel Yao Adzator, Deputy Director General of Prisons, as Acting Director General. His appointment follows the retirement of Ms. Matilda Baffour-Awuah, the Director-General of Prisons, on 1st February, 2016. Mr Adzator until his appointment as the Acting Director -General of Prisons, was the Deputy Director –General of Prisons in charge of Finance and Administration of the Service. The Acting Director-General is a product of Kpando Secondary School, and holds a Degree in Psychology from the University of Ghana, has also studied Human Resource Management at the Ghana Institute of Management and Public Administration, and attended several capacity Training Courses both home and abroad. Mr. Adzator has also undertaken several training and leadership programs in Correctional Administration, and has been trained at the Evidenced Based Strategy and Tactics for successful Correctional Reforms, Re-Entry and Reintegration in Joyfields Training Institute-Las Vegas,Navada USA , also, he trained in New Approaches to Psychological Services in Correctional Institutions, at the Galilee College, Israel: as well as in Advanced Prisons Management, at the Galilee Management Institute, Israel. He has also participated in several Correctional Management Conferences at the international level. He was enlisted into the Ghana Prisons Service in April 1989. Mr Adzator has held several key positions notably, Deputy Director-General of Prisons in charge of Finance and Administration, Director of Prisons in charge of Operations and Acting Director of Prisons Administration.. Other positions he held were,Regional Commander, Ashanti Region, Second- in-Command, Medium Security Prisons, Nsawam, Officer-In Charge Obuasi Local Prisons. He was the General Staff Officer as well as the Criminal Records officer at the Prisons Headquarters. Mr Adzator has served with the United Nations Mission in Darfur, (UNAMID) as a Corrections Advisor to the National Prisons Service at El Fasher-Darfur Sudan. SIGNED: DSP VITALIS AIYEH CHIEF PUBLIC RELATIONS OFFICER