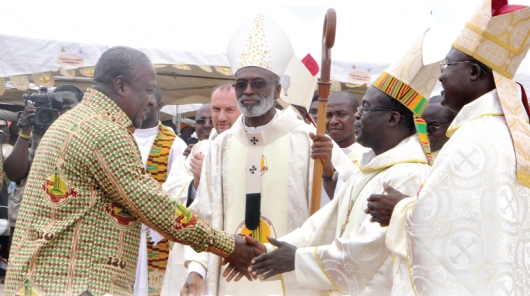 Former spokesperson for the Greater Accra regional branch of the opposition New Patriotic Party Michael Ampong has chastised the President of the Catholic Bishops Conference over his remarks on the raging former Guantanamo bay inmates in Ghana. According to him, Bishop Joseph Osei Bonsu’s response to President John Mahama’s reasons for accepting the former terror suspects was harsh and disrespectful. The catholic bishop reacting to the President’s appeal for Ghanaians to be compassionate towards the two Yemenis said compassion must be applied with common sense. Commenting on the matter, the failed National Youth Organiser aspirant of the NPP said reverend Osei Bonsu has been very insensitive in his comments on the matter. “His response to the president was not right, others have occupied his position before and they didn’t behave this way…so I think he should be careful with his comments because that institutions he leads has been there for quite a long time and its leaders haven’t behaved this way. “I think he should apologise to the President because his comments were in bad taste as a religious leader,” he stated on Radio Gold’s ‘Alhaji and Alhaji’ program Saturday. The Mahama-led administration is struggling to convince an increasingly doubtful Ghanaian public that the presence of the former detainees will cause no harm to the country. The two Yemenis are in the country at the instance of the US government. The Americans have assured the two pose no security threat to the nation. Ghana’s opposition leader Nana Akufo-Addo has backed numerous calls for the former terror suspects to be returned. Akufo-Addo has described the decision to accept them as illegal, accusing President Mahama of breaching the anti-terrorism act . 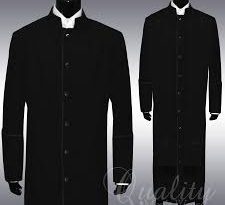