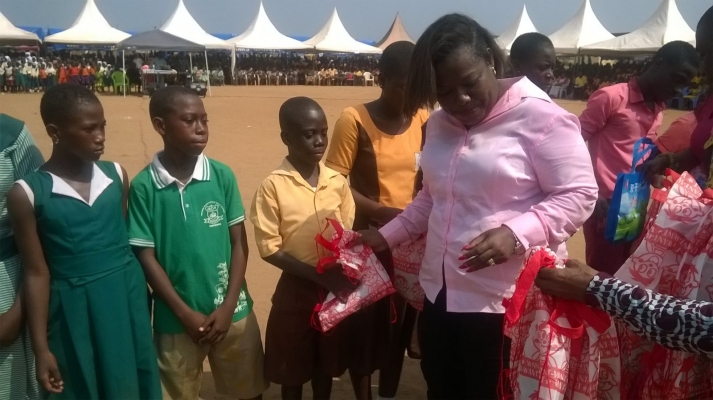 The Minister of Gender, Children and Social Protection, Nana Oye Lithur has announced that cabinet has approved the justice for children policy, under which all children would be given equal justice through formal and informal structures.

That, she said, would ensure that children who came in conflict with the law received justice, saying ” a child support unit will be established under the policy.”

“The unit will among other functions, file cases in court on behalf of applicants against parents not contributing to the welfare of children, she said.

The Minister said this at the president’s party for 2000 school children at Moree in the Central region.

Nana Oye Lithur renewed the government’s commitment to ensure that all children, irrespective of their social, economic, religious or academic status, live in an environment of peace and freedom with unending opportunities.

She said” we shall continue to strengthen social interventions such as capitation grant, school feeding programme, free school uniform, to create opportunity for all Ghanaian children.”

She therefore called on the children to reciprocate that gesture by being obedient to their parents, teachers and older people.

Nana Lithur said the president had children at heart and mentioned the creation of the ministry, to have responsibility over children, to buttress her assertion.

The minister said over the years, the ministry had done a lot, among other things, for children, recognising the need for them to have good environment.

She said it was in recognition of that an initiative was adopted to renovate all Children’s parks in the country with renovation work and installation of equipment at Efua Sutherland children’s park underway.

She said the ministry had also developed and launched the child and family welfare policy to make the caretaking of children a communal responsibility.

Tthe policy taps into positive traditional values, principles and proactive practices and mechanism of effective system that resonates with Ghanaians and service providers” the minister said.

Nana Lithur said the policy would provide guidance to the reform of child and family welfare programmes and activities..

In a statement on behalf of children, Miss Ellen Eshun of Moree Roman Catholic Basic School said the recent demonstration by teachers and other members of the trade union congress, high tariffs had a toll on them, and appealed to the government to sit down with the workers to find a lasting solution to the problem.

She made a special appeal to the ministry to construct a modern toilet facility for the pupils of the cape coast school for the deaf and blind, since the pit latrine they use now was very dangerous for them. 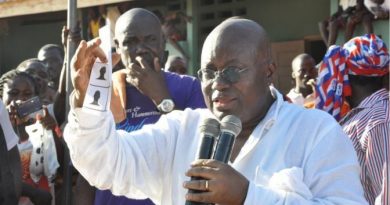 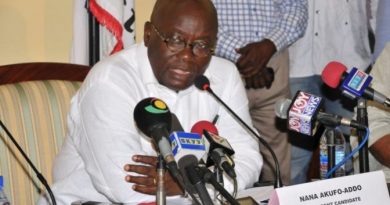