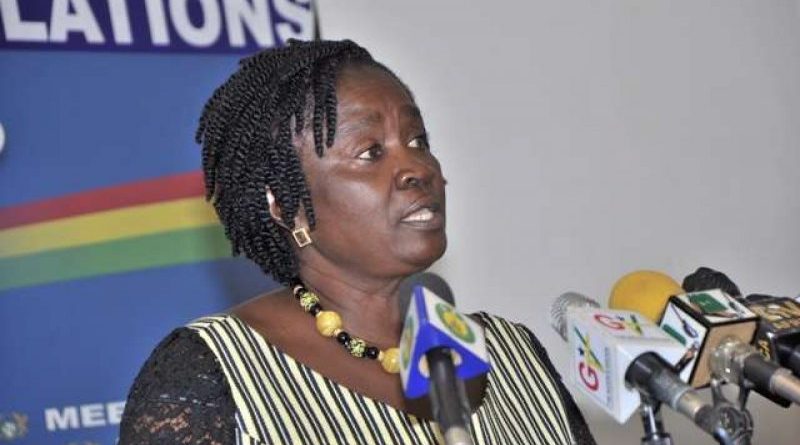 Minister for Education, Prof. Naana Jane Opoku-Agyemang, has challenged her fellow Ministers for Education around the globe to take advantage of the Sustainable Development Goals (SDGs) to rethink education.

By so doing, she believes that world would be able to find the most cost effective ways of fulfilling Goals 4 of the SDGs which specifically deals with Education.

Prof. Nana Opoku-Agyemang made this observation when addressing Ministers for Education around the world at the ongoing sessions of the Education World Forum at London, UK on Monday.

She spoke on the topic “New Policies, Actions, and Solutions for Basic Knowledge, Literacies and Understanding”.

She was accompanied by a Deputy Minister for Education in-charge of pre-tertiary, Alex Kyeremeh.

The event which started on Sunday, January 17, 2016, was at the invitation of the British Council. Over 90 Ministers for Education from around the world are attending the forum.

The event which is the world’s largest gathering of education and skills ministers as well as their senior advisors, representing over 80 per cent of the world’s population will also debate on future education policy.The sessions are expected to end on Thursday, January 21, 2016.

Prof. Naana Opoku-Agyemang commenting further drew the attention of the Ministers to the fact that each of the 17 goals has something to do with education.

On Tuesday, January 19, Prof. the Education Minister participated in a ministerial Exchange on Early Childhood Development and further told the gathering the need for inter-ministerial action in advancing this important area of human development, given its direct implications on the future of any nation.

She is expected to participate in a policy dialogue titled “The Journey from School to Work” on final day of the event (Thursday, January 21, 2016).

This session would provide increased understanding of how education systems, in partnership with employers, can tackle the challenges of equipping young people with the skills they need to get valuable employment after schooling.

The Ghanaian Minister is scheduled to address the session where she is expected to talk about the central role of technical/vocation education and share strategies for collaboration between training institutions and industry to make the journey fruitful for the employer and employee, in order to lay good grounds for improved outputs.

She is also expected to give an insight on the importance of life-long skills and their potential for national and world economies.

The Ghanaian delegation are expected back home on Friday, January 22, 2016, a statement signed and released in Accra by the Director of Public Relations, Ministry of Education, Dan Osman Mwin, has said.